My Interview with a Reputed Mobster 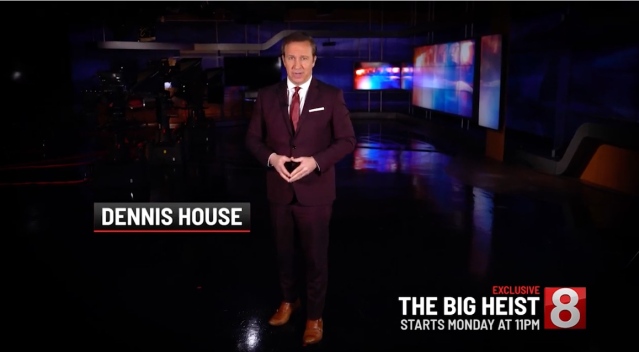 I have interviewed many people in my career, people from all walks of life. I’ve spoken with governors, presidential candidates, former presidents, senators, celebrities, professional athletes and the list goes on, but for the first time I sat down with a reputed mobster.

Robert Gentile of Manchester is a person of interest in the biggest art heist in world history. In 1990, two men dressed as police officers, conned their way into the Isabella Stewart Gardner Museum in Boston and made off with half a billion dollars worth of rare art. The stolen works include masterpieces by Rembrandt, Manet, Vermeer and Degas. Let that number sink in for a moment: more than $500,000,000.00 in art. It has never been found, and there is a five million dollar reward for its return.

Gentile is suspected of possessing the art, or at least two paintings, back in 2003, though we didn’t learn this until 2013 when the FBI announced they believed the art passed through Connecticut and we learned the feds searched Gentile’s home, including excavation of his yard. Since then he has been a key figure in the heist investigation. We only saw him in photos in a wheelchair leaving court or prison. Gentile had never given a television interview until recently, when WTNH photojournalist Tom Parent and I were granted an exclusive conversation, in the house where the searches had taken place.

Why me? Gentile lost his beloved wife not long ago, and his attorney, Ryan McGuigan told me, the couple had watched me for years (I’ve been on Connecticut television since 1992) and I was her favorite news anchor. I met Gentile a few days before our interview and the invitation to come to his house with a crew was extended.

You can watch all three parts of my interview with Gentile below, and we have plans to put the interview together as one piece. This is not the definitive story of the Gardner Museum heist, but rather a look at the Connecticut connection to the story. That was our focus.

Here are our interviews:

Wishing those who observe Yom Kippur a reflective and meaningful day and an easy fast. I’m proud and honored to be on the board of directors of the @mandelljcc_ct #yomkippur #connecticut