Face the State Flashback: The Death of Sergei Grinkov 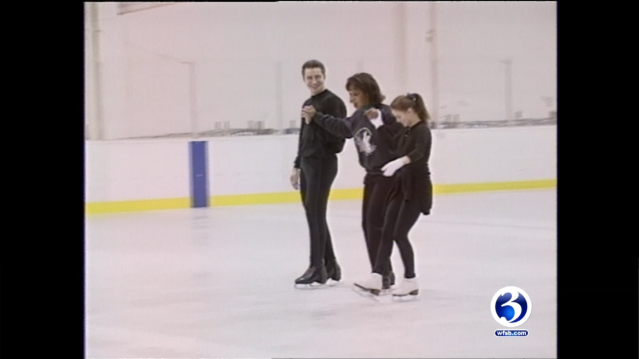 20 years ago this week our top story was a shocking one, Olympian Sergei Grinkov dropped dead of a heart attack at the age of 28.   It was big news in Connecticut, because Grinkov and his wife Ekaterina Gordeeva, known as Katia, had moved to suburban Hartford from their native Russia.

The couple trained at the International Skating Center in Simsbury and quickly became part of the community, part of our community.   They appeared on specials on WFSB, and were interviewed by many of us, including Gayle King, who did an in-depth piece on their lives as Nutmeggers.

In Sunday’s Face the State flashback, we pulled one of the stories from our archives that aired on November 20, 1995, as part of our extensive coverage of Grinkov’s passing.