My former co-anchor Gayle King is enjoying life on “CBS This Morning,” with ratings up since she joined the show in late 2012.   Even though it has been 15 years or so since Gayle left the big 3,  she remains in the hearts of  many of us here, and definitely in the hearts of viewers across our state.    She clearly qualifies as a Connecticut television icon, although Gayle winced when I called her that once. 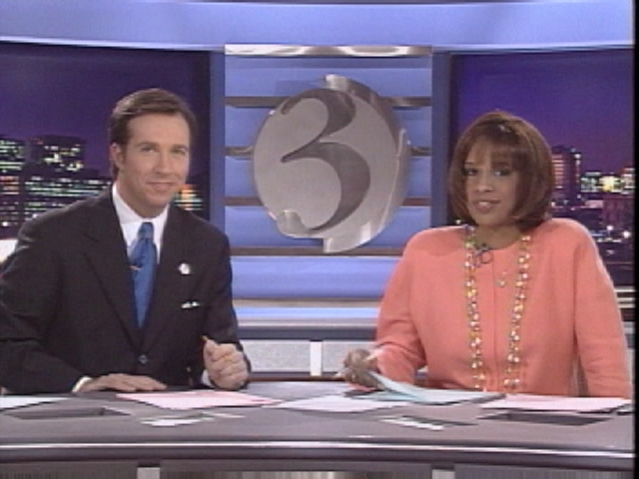 In fact, after Gayle left to work as editor-at-large at O Magazine, Channel 3 viewers missed her so much I was sent to Manhattan to interview her.   Sitting in her office across the street from the Ed Sullivan Theater, Gayle told me Hartford will always be a part of her.

Gayle started at Channel 3 in the fall of 1981, freshly hired from Kansas City. Sadly, many years ago, someone who no longer works at WFSB,  ordered the disposal of dozens, perhaps scores,  of old videotapes.  As a result of their short-sighted housecleaning,  Gayle’s first story here at WFSB no longer exists in our archives,  along with many of her reports from 1981 to 1985, everything from festivals, to shootings, to fires, the standard fare for newbies.     Thankfully, a few reports from that era did survive.  They are in an old 3/4″ tape format that must be played in a rickety old relic of a machine.   The quality is grainy, at best.

This the oldest image I’ve been able to find of Gayle’s tenure at WFSB.   It is from a weekend edition of Eyewitness News taken in our studio in the since demolished Broadcast House sometime in late 1981.

This next image here is from the summer of ’82, when Gayle interviewed a boy who found a $10,000 lottery ticket in the trash.    I’m not sure if she was moonlighting as a flight attendant for Air Lingus, or as a spokesperson for National Car Rental.

Gayle’s new boss is Chris Licht, a native of Newtown, the former executive producer of “Morning Joe” on MSNBC. Under his watch, CBS This Morning has focused on politics.

Gayle actually did some political reporting during her time here.   According to the archives, Gayle was out in the field on election night in 1981 and 1982, and interviewed Senators Weicker, Lieberman and Dodd over the years, along with mayors and members of congress.  In 1988, she anchored our coverage of the Democratic National Convention in Atlanta.

As Democrats chose Michael Dukakis to be their nominee, Gayle showed off her sneakers she wore to climb the stairs of the Omni, to avoid tripping in her trademark heels.

To me though, and I’m hardly a fashion expert, it seems that scarf might have been a bit of a tripping hazard. 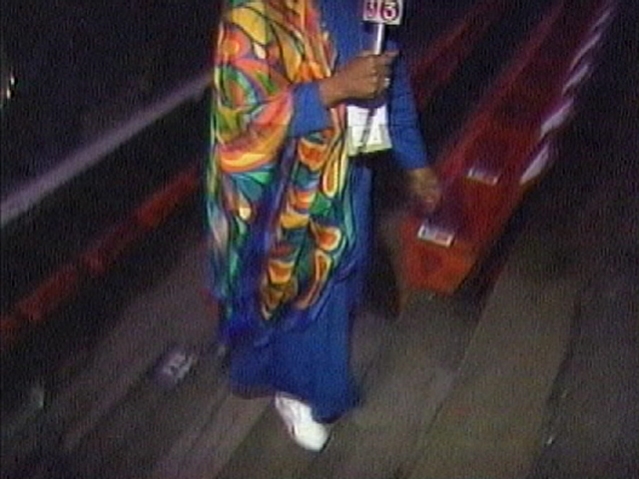 I know many people see Gayle as Oprah’s best friend, but  during our nearly five years of sharing the anchor desk, and sitting at the same pod in the newsroom, I saw her in a much different role.   First, she’s a real news junkie.   After Gayle left for O Magazine, she called me during the Michael Skakel trial looking for information and it wasn’t unusual to get an e-mail from her seeking information about something in the news.  She told me it was during the big stories like that, and 9/11, when she really missed the news biz and she is thrilled to be back in it at CBS.

Gayle  also has a great sense of humor, serves her well on the Early Show.    I’ll never forget having to read a report of a man who was suing a stripper, because she hurt his neck with her breasts during his bachelor party.  Apparently, the whiplash was so bad, he was going to miss his nuptials.  Gayle started to laugh so hard, I could not finish reading the story.    There are countless other television moments  like that. 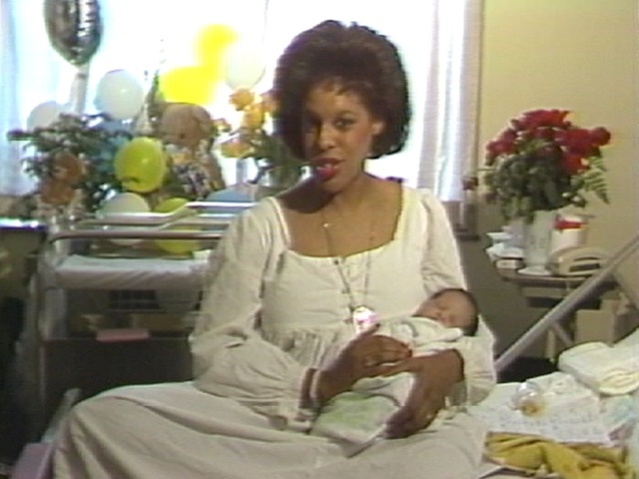 The most important thing I can say about Gayle is that she is a great mother.   She brought her daughter and son to school before she started her work day, and like any suburban mom, shuttled them back and forth to school events and practices.   I remember a few times she brought Kirby and William to work, and they sat at a couple of desks and did their homework with help from mom if they needed it.     Another time she told me how William no longer wanted to sit in the back seat of the car, as was required by Connecticut law for someone his age.    Gayle explained he would be sitting there until he turned 11, or whatever the legal age was for a child to sit in the front seat.

Gayle was awesome to work with and there was never any tension on the set, and she made me feel right at home when I was named as her co-anchor.    She instantly called me her “television husband,”   and gave me the nickname “Denzel.”  In a  profile of our newscast in the Journal Inquirer, Gayle talked about her philosophy (which I share) that co-anchors should be partners.

“Some teams quibble about who gets to lead the newscast and who gets to read the most stories,” King said.   “I don’t keep track and I don’t care.”

Gayle is one of the nicest people in the biz and we wish her a Happy 60th!