Named one of the “12 Most Influential People” by Hartford Magazine,  Dennis House is one of the most experienced and highly regarded broadcast journalists in Connecticut.    He was a mainstay on television from 1992 to 2020,  anchoring the evening news and moderating Face the State on WFSB-TV,  Connecticut’s CBS affiliate.   A native New Englander and Emmy award-winning journalist,  Dennis’ work over the years led to many changes in state government and campaigns and his interviews were picked up by local and national media organizations including the Wall Street Journal, the Washington Post, the Politico, MSNBC and others.   He is also the author of the popular blog “the Hartfordite.”

Dennis served as the moderator of numerous political debates and has emceed countless charity and business events.    In 2017, he was honored for his work in his field and community,  by being inducted into the prestigious National Academy of Arts and Sciences Silver Circle.

Dennis has traveled extensively to cover breaking news events and find the Connecticut angle for the viewers at home. On September 11, 2001, he reported live from lower Manhattan talking with Connecticut survivors of the terrorist attack on New York. Eight and a half years earlier, he reported live from the World Trade Center after it was attacked the first time by terrorists using a truck bomb. 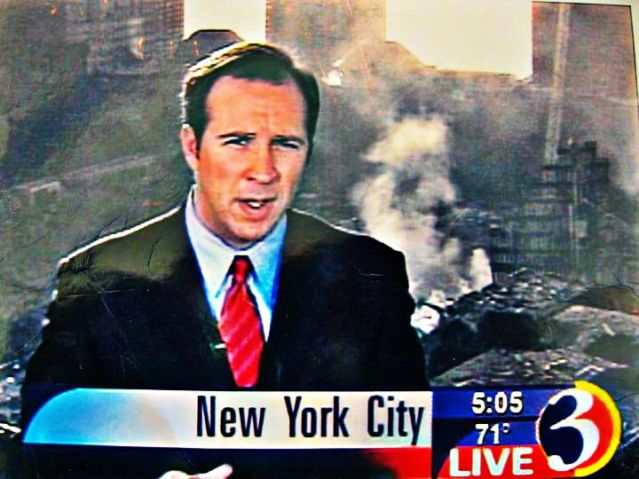 Among Dennis’ other live reports from the scene: the funeral of Pope John Paul II, the O.J. Simpson trial, a World Series, a presidential inauguration, conventions,  a Final Four, along with many storms and natural disasters.  He’s walked through wildfires, hurricanes, blizzards and floods.

Dennis previously anchored what was then Eyewitness News Daybreak in the mid 1990s, during which time the program became Connecticut’s No. 1 morning news broadcast, and one of his co-anchors was Mika Brzezinski.   He then moved up to anchor Eyewitness News at 5:30 with Gayle King.   For nearly twenty years he anchored Eyewitness News at 11, which became the most watched late newscast in Connecticut.

For 25 years he was paired with Denise D’Ascenzo on the evening news, and when she died suddenly in 2019, he was faced with the painful task of announcing the death of his longtime friend:

Dennis got his start in television news at WPRI-TV in Providence, R.I., and then moved on to become the assignment manager at WMUR-TV in Manchester, N.H. From there, he went to WREX-TV in Rockford, Ill., where he worked as a weekend anchor.   One of his exclusive interviews was with Ronald Reagan.   He was later a weekend sports anchor and news reporter at WWMT-TV in Grand Rapids, Michigan.

Dennis was born and raised in Norwood, Mass.,and graduated from Xaverian Brothers High School. He holds a bachelor’s degree in foreign affairs from Assumption College. He is proud to live in Hartford with his wife, Eyewitness News anchor Kara Sundlun and their children. The two are very involved in the renaissance of your capital city. In his spare time Dennis enjoys coaching his son’s football and basketball teams, spending time with his family, playing golf, racquetball, painting, going to the beach and researching his Italian heritage. He also tackles home improvement projects and loves to tinker with his antique Buick.

He and Kara volunteer their time to help with charitable organizations and they are helping launch the Denise D’Ascenzo Foundation, named for his longtime co-anchor, TV wife, “sister” and best friend.

He describes serving the people of Connecticut as “absolutely awesome,” saying, “I love journalism and I love television. I feel very blessed to be in a field that allows me to meet so many people, both here in Connecticut and beyond.”

As mentioned earlier, Dennis was honored  by the Academy of Television Arts and Sciences  for his years of service to the people of Connecticut.   You can watch that tribute and look at his career right here:     https://www.youtube.com/watch?v=iyKrcte6P7E