May Day Edition of Face the State 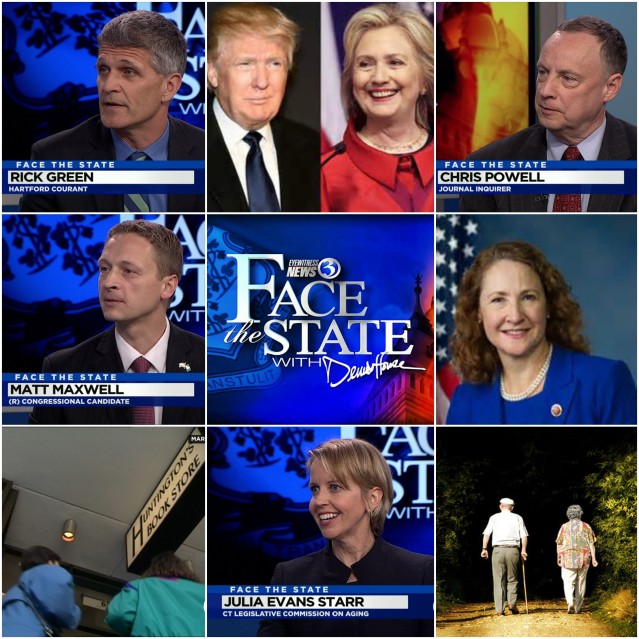 Donald Trump and Hillary Clinton had plenty of supporters for Tuesday’s Connecticut primary, but where’s the enthusiasm? Could Trump put Connecticut into play in November? We’ll tackle these questions and more this Sunday on Face the State with two esteemed politicos, Rick Green of the Hartford Courant, and Chris Powell of the Journal Inquirer.

Who do you support for president?   Vote in our WFSB poll.

The races for congress are starting to heat up. This week we are joined by Matt Maxwell, a Newtown businessman running for the Republican nomination in CT-5, hoping to face Congresswoman Elizabeth Esty.

We are also joined by Julia Evans Starr of the Commission on Aging. She’ll talk about how Connecticut is getting older, and the problems with that.

Our flashback takes us back to 1993, when the legendary bookstore Huntington’s closed after 158 years in business. The report from our archives was filed by Dan Kain.

See you Sunday at 11 on WFSB for Face the State.