On September 26, 1964 people across Connecticut were talking about the release of the Warren Report, the official government study on the assassination of President John Kennedy, made public just two days earlier. They were also tuning into Channel 3 (our call letters then were WTIC) and CBS to catch a new television program, that remains iconic to this day: Gilligan’s Island.

Read more about the castaways and the world premiere right here: http://www.cbsnews.com/news/gilligans-island-50th-anniversary-retrospective/

The following day, CBS pre-empted all regular programming at night to air a special on the Warren Report.

The very next day, Kennedy’s successor, President Lyndon Johnson visited Hartford. Tune in to Face the State this Sunday morning at 11 to see the old film of that historic occasion. 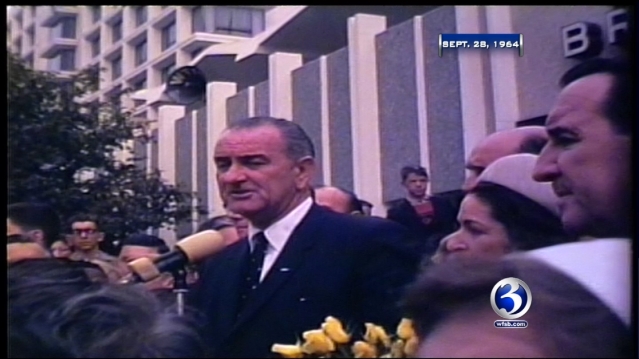