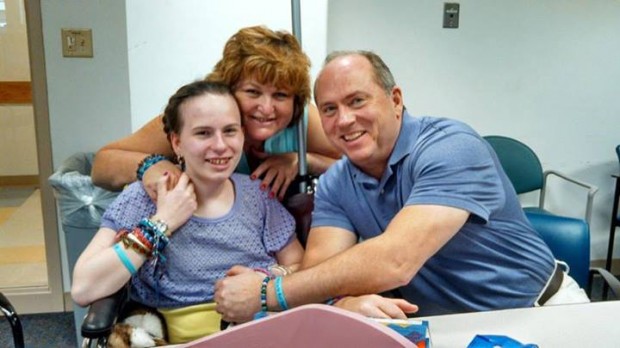 This Sunday on Face the State we talked about a teenager from West Hartford whose case has made national headlines. Justina Pelletier is now in the custody of the Commonwealth of Massachusetts. Her parents and some doctors say Justina suffers from mitochondrial disease, but other doctors disagreed, and they called state officials who took custody away from her parents. That was more than a year ago.

Lou Pelletier has traveled back and forth to Boston repeatedly, to of course see his daughter and to fight a custody battle that some politicians seemingly want to avoid. Pelletier feels very strongly that help from Governor Dannel Malloy, Senators Richard Blumenthal and Chris Murphy, and Congressman John Larson could help free his youngest daughter.

In the link below, you’ll see Lou Pelletier explain this complicated case and he made some shocking allegations: that doctors at Boston Children’s Hospital are using Justina for experiments, treating her like a lab rat. Justina’s father also delivered a plea to the aforementioned elected officials: please meet with him. Pelletier told me they have all rebuffed his requests to help their teenaged constituent being held a hundred miles from home. But while Pelletier is having trouble from his own elected officials, he did get an audience with a potential presidential candidate, Florida Senator Marco Rubio.

A shout out to everyone in healthcare for the work you do! An emotional, educational and inspirational night at the @hartfordbiz Healthcare Heroes Awards last night. Honored to represent @wtnh8 to emcee this great even with my better half @karasundlun Here we are with the LIFE STAR team of @hartford_healthcare. Congrats to all the honorees!! 📸 @nathanoldhamphoto