The heat wave this week reminded me of an assignment I had 15 years ago this month. I was sent to cover Connecticut firefighters who were dispatched to Florida to help their colleagues battle some very stubborn and quickly spreading wildfires.

When I arrived in Orlando with field producer Dana Luby, now WFSB News Director Dana Neves, and photojournalist Eric Hurst we were greeted by hot, humid weather. There’s a reason people don’t like to vacation in Florida in July. It was brutally hot. A few miles from the airport we started to smell and see smoke from the wildfires. 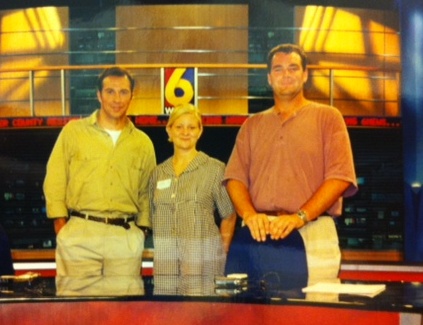 We worked with our CBS station there, WKMG, along with our then Meredith Corporation sister station WOFL. We were aided by an engineer named “Goose” who also served as our guide. We drove for hours looking for fire, but only found smoke. Finally, at nightfall, we spotted some flames. We instantly pulled to the side of the road, grabbed our equipment and started running through the brush to get closer to the fire. All of a sudden, Goose yelled “Don’t do that. The snakes and alligators are trying to get away from the flames and they are coming in your direction.” We sprinted back to our truck like no one’s business.

That’s three New Englanders in rural Florida for you. 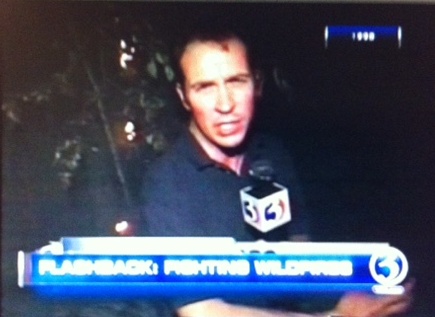 In this Sunday’s Face the State Flashback, we will show you one of the many reports we filed in July of 1998. In the wake of the 19 firefighters killed in Arizona recently, it’s a good reminder of what a dangerous career firefighting is. I’ll never forget the courage these Connecticut firefighters showed in 1998 as they trudged into a burning swamp knowing there were perils awaiting them they weren’t used to, like the creatures who had us running away like some scared little girls.

Tune in this Sunday at 11AM for Face the State, only on WFSB Channel 3. Also, in the vintage video, look for an appearance by Eyewitness News anchor Kerry Connolly, now in Boston. 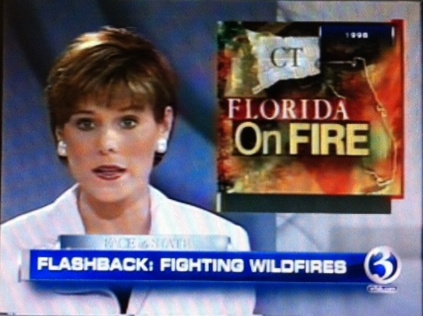