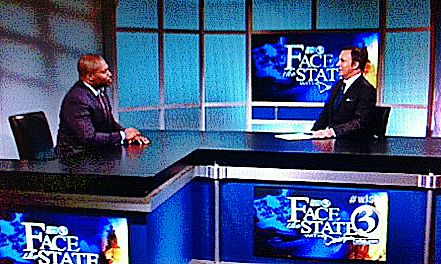 State Representative Gary Holder-Winfield will begin his campaign for mayor of New Haven on Friday. The Democrat told me he will file the papers to become a candidate, a month after beginning an exploratory campaign and two months after his appearance on Face the State.

During that broadcast on December 9, Holder-Winfield told me “Mayor John DeStefano was not listening,” and that it was time for a change. DeStefano, first elected in 1993 and re-elected nine times, is announcing today he will not seek an 11th term.

You can watch the Holder-Winfield interview from last month right here and join us for coverage of the DeStefano announcement today on Eyewitness News beginning at 5 : http://www.wfsb.com/video?autoStart=true&topVideoCatNo=default&clipId=8050085

Friday flashback: 20 years ago this week when few were ( the TSA was just created) flying in the early post 9/11 era, @karasundlun and I went to London. Security was tight and the flights were cheap!! #2001 #london