“He said she said” over Inaugural Invitation 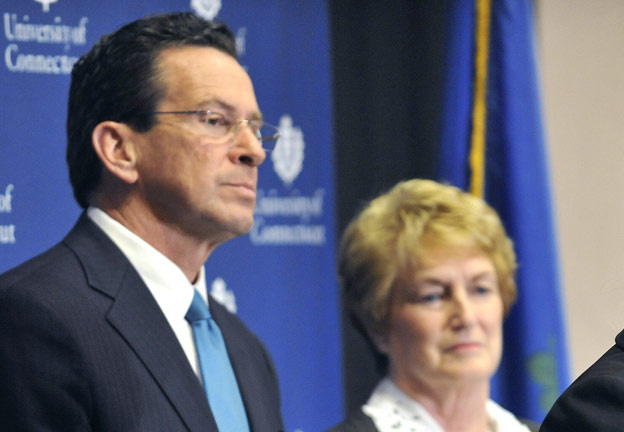 Governor Rell called WFSB this morning to comment on our Eyewitness News report that she will not attend the swearing in of her successor, Governor-elect Malloy.   The governor told one of our staffers the reason she is not attending is because she wasn’t invited, but a spokesperson for Malloy told us she was invited.

It has been tradition for an outgoing governor to attend the inaugural ceremony to symbolize the transfer of power after an election.   Most recently, Lowell Weicker attended the swearing in of John Rowland in 1995.    For obvious reasons due to the resignation, Rowland did not attend Rell’s swearing in 2004.
The news that Rell would not be at the inauguration was first broken by Kevin Rennie on his must read Daily Ructions.
Stay tuned to Channel 3 and wfsb.com for more information on this and complete inaugural coverage.

💉Ouch. I’m a big baby when it comes to needles so I have to look away, but got my flu shot at work today!! Are you getting one? See you tonight on @wtnh8 at 11