Snow and the City 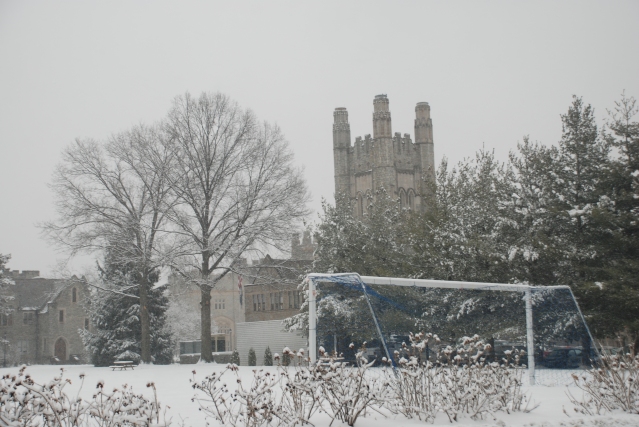 The University of Connecticut Law School campus where Al Terzi graduated.  Eric Parker and Jessica Schneider are soon to be alumni.    Al gave Eric and Jessica pointers.  “Kick the ball toward the middle of the net.” 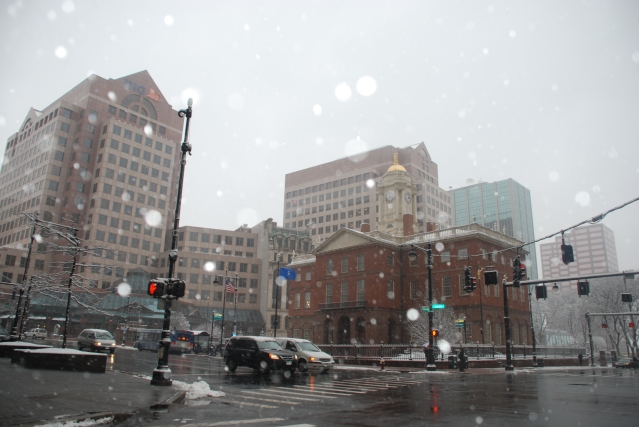 State House Square.   We miss the occasional dinners at Morton’s with the bosses. 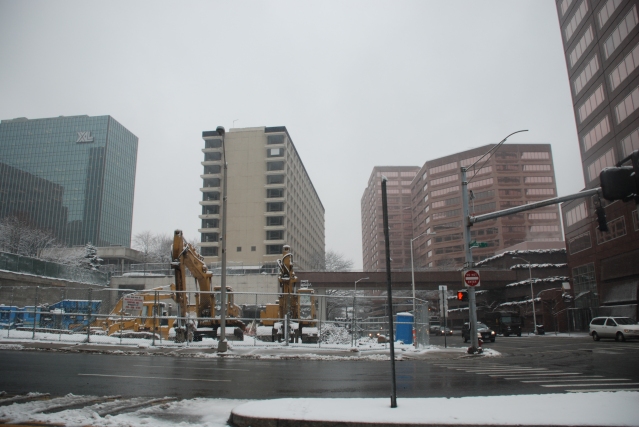 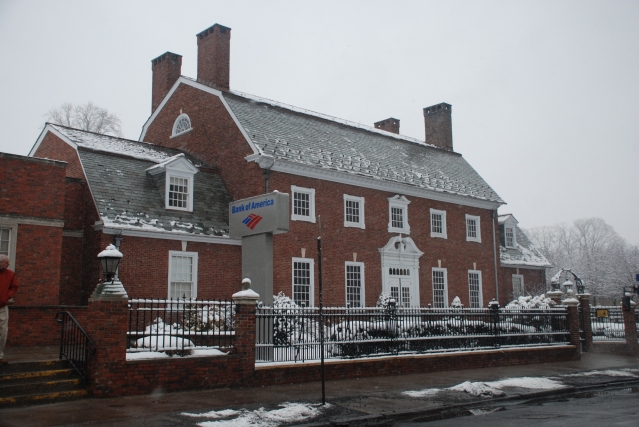 Bank of America in Asylum Hill.   Wouldn’t it be nice if all banks and smaller office buildings looked as good as this? 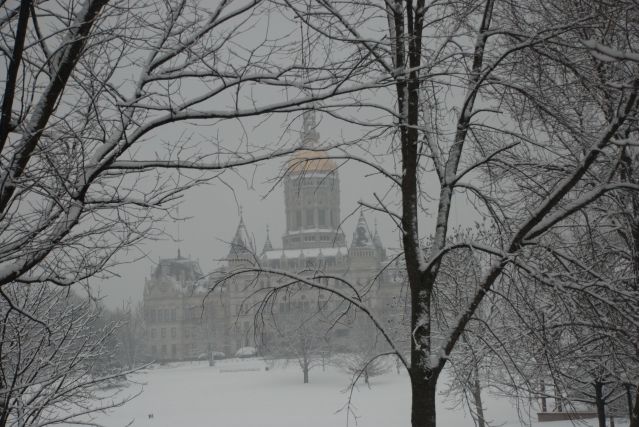 Bushnell Park is a great place for sledding.  Seriously. 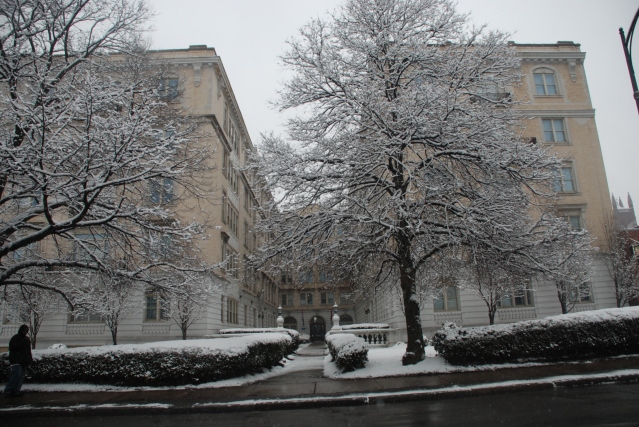 New Haven developer David Nyberg just won an architectural award for his restoration of this historic building on Farmington Avenue.  Hallie Jackson’s beau also worked on this beauty.  Wouldn’t it be nice if other landlords  in the city did the same with their properties? 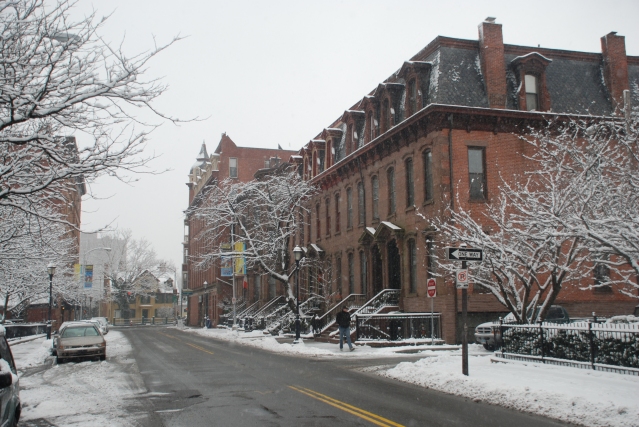 One of Hartford’s most historic streets, Capitol Avenue.   The brownstones were built in 1871.  The Butler McCook House a century earlier.  Kara and I lived on Capitol Avenue for the better part of 7 years. 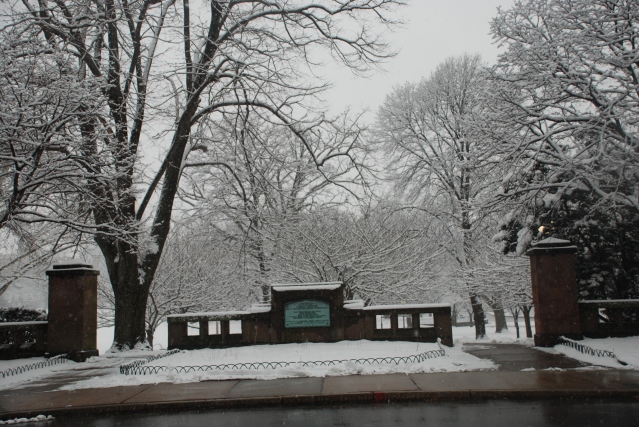 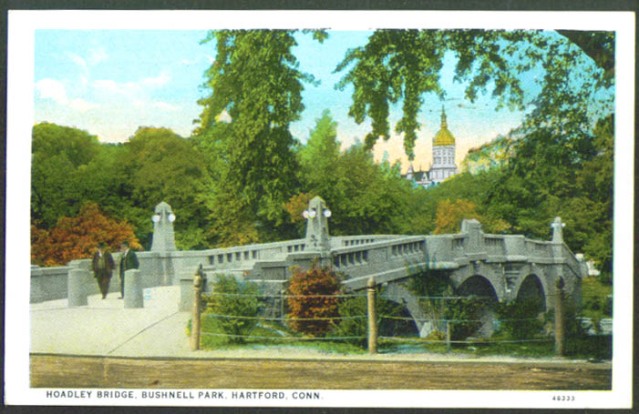 The bridge was demolished and the Park River buried as part of the “Destroy Hartford” campaign of the mid 20th century.  That program led to the demolition of entire neighborhoods, and dozens of beautiful buildings, but that is a story for another blog.