First Women in My Family to Vote 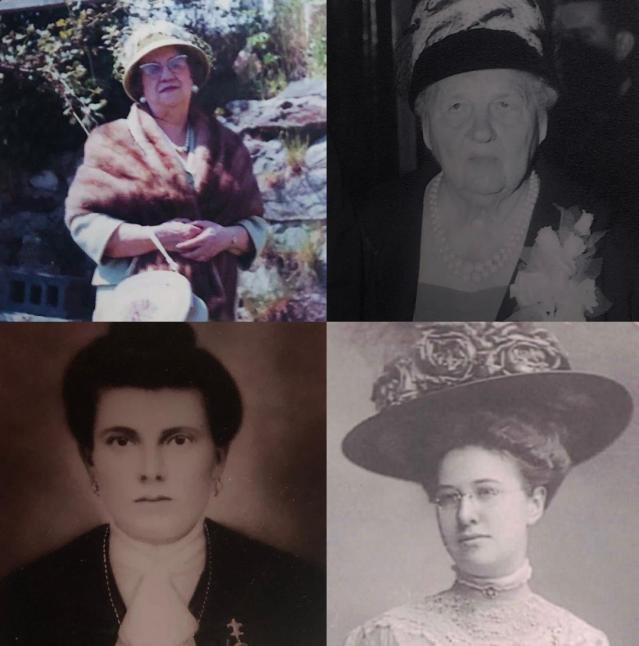 A century ago in the homes of my ancestors election day was approaching and for the first time the women who lived there were able to go to a polling place and vote. I’m talking about my great-grandmothers, who got that right after the ratification of the 19th amendment to the Constitution, passed the year before.

“The right of citizens of the United States to vote shall not be denied or abridged by the United States or by any state on account of sex. Congress shall have power to enforce this article by appropriate legislation.”

In 1920 President Woodrow Wilson wasn’t running for a third term and it was a matchup between Ohio Senator Warren Harding, the Republican candidate and the Democratic governor of the same state, James Cox. The running mates were consequential and would also go on to make history. Harding ran with Massachusetts governor Calvin Collidge, who would become president after Harding’s death, and Cox’s vice-presidential candidate was New York Governor Franklin Roosevelt, who would be elected in 1932 and go on to be the longest serving president in American history. This photo of the two shows the Democratic ticket with a standing Roosevelt. He was struck by polio the following year and would use a wheelchair the rest of his life.

At the time of the election of 1920 in post World War I, the “Roaring Twenties” had not yet started to roar. The United States economy was in a recession and in September the country was rocked by the worst terrorist attack in its history. 38 people were killed when a bomb exploded on Wall Street, later blamed on anarchists. The Ford Model T was the best selling car in America as automobile was becoming more and more accessible, the Cleveland Indians beat the Brooklyn Dodgers in the World Series and the Travelers Tower was the architectural marvel of the northeast, at one year old. The big issue of 1920 was the women’s suffragette movement, which led to women being able to vote.

My four great grandmothers all lived in New England, and two were immigrants. Maria Guiseppina Petrucci Mazzocca Chiulli had emigrated from Abruzzo, Italy shortly after the turn of the century. She and my great-grandfather Paolo lived in Norwood, Massachusetts, where they raised 9 children, including my grandfather, my mother’s father. My mother’s other grandmother, Phebe Rogers Cassidy was living in the Dorchester section of Boston with my great-grandfather Francis Cassidy, my grandmother Phebe and her brother.

My great grandparents Phebe and Francis Cassidy holding my grandmother

I wonder how excited Maria; Guiseppina, Eva, Phebe and Helen were to finally have the right to vote? I have no family stories passed down about how they viewed the monumental change in our country. I remember two of these from childhood, but thought to ask my them or my grandparents about it. I can’t find all the voter rolls on line so one of these days I’ll have to through the records at the city and town halls to see if my great-grandmothers registered to vote.

I’m most curious about Phebe Cassidy, because 1920 was her only opportunity to vote. She died the following year in her thirties. It’s also interesting to think about who these women would gave voted for? Did they want the “return to normalcy” Harding was promisingl? Did they vote for Harding because Coolidge was a favorite son on the ballot? Were they Democrats who wanted the party to stay in power with Cox? Much research is ahead to try to answer these questions.

The number of votes cast in 1920 soared from 1916. Women made a difference, and perhaps my great-grandmothers were part of it.