Could we be Cousins?

This past week my longtime co-anchor Denise D’Ascenzo and I had a photo shoot for Hartford Magazine. We planned to meet at the location and we were not surprised when we showed up in matching colors. “Did you guys plan that?” we were asked. “No. It just happens.”

Frequently, in fact. We can’t quite put a finger on why this happens, but Denise and I chuckle in amazement whenever we walk into WFSB wearing the same colors. “I was going to wear pink, but then I felt like wearing turquoise,” Denise remarked at the photo shoot. I was going to wear a royal blue tie when I too reached for the aqua tie in my closet. Some days we both get strong feelings about which color to wear.

Denise and I first co-anchored the news together 24 years ago, and it wasn’t long after that we became fast friends. She’s the sister I never had, and she will tell you I’m her long lost brother. By the way, Denise has three sisters with all “D” names, so it’s not a stretch to imagine her parents, if they’d had a son,  might have named him “Dennis.”

The similarities don’t end there. We both grew up in middle class suburbs and went to Catholic schools, which might explain our love of sophomoric humor. We’re not embarrassed to admit “Dumb and Dumber” is one of our favorite movies. Go ahead, judge us.

We both grew up with Irish grandmothers and our Italian sides are shockingly similar. We both trace our roots to the Abruzzo region, and our ancestors with the first names Vincenzo and Crescenzo lived a few towns from one another, Denise’s ancestral hometown is Roseto degli Abruzzi and mine is Alanno. 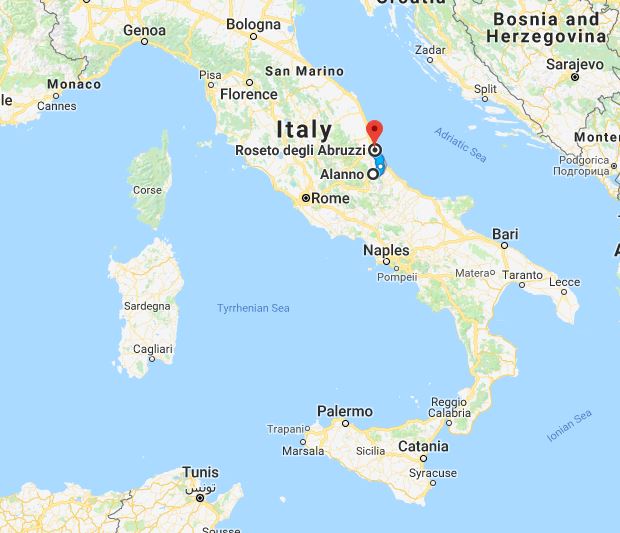 The first new cars we purchased after college? I got a Buick Skyhawk a few years after Denise bought a Buick Skylark.    We both chose quickly based on some features that seem silly today:  Denise loved the gold padded vinyl roof, and the silver, red and  black striped interior sealed the deal for me!

We can’t explain the same color thing. Perhaps we are related and are distance cousins. Who knows? Maybe it is something in our DNA. Stay tuned. We’ll have to take the ancestry.com test.

Next year for our 25th anniversary as an anchor team, maybe will plan on wearing the same color: silver.