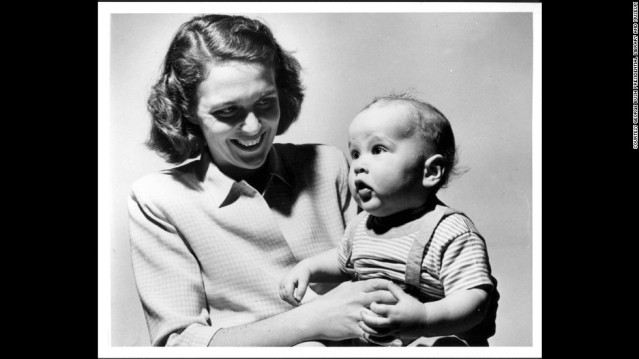 Connecticut played a major role in the life of former First Lady Barbara Bush. She met her husband at the Round Hill Country Club in Greenwich when she was only 16 and living in nearby Westchester County, New York. After marrying George H.W. Bush, she moved with him to New Haven where he was finishing up his studies at Yale University. They lived in an apartment on Hillhouse Avenue.

In July of 1946 at Grace New Haven Hospital, Mrs. Bush gave birth to a future president, her eldest son George Walker Bush. When he was three, the family moved to Texas, but the Bushes often came back to visit. Mrs. Bush’s father-in-law, Prescott, was later elected U.S. Senator from Connecticut, and the family’s base was in Greenwich until Senator Bush died. He and wife Dorothy are buried in Greenwich.

As First Lady, Mrs. Bush made eight trips to Connecticut, including a trip to the Aqua Turf in Southington where she headlined a fundraiser for Congressman John Rowland who was running for governor.

In January of 1992 she visited the Wadsworth Atheneum to help unveil a new stamp honoring public art museums. That fall she campaigned for her husband in Bristol. I covered her stops at a school and Muzzy Field.

Watch some of our video of Barbara Bush in Connecticut right here: http://www.wfsb.com/category/213663/face-the-state

You can click the pictures to make them bigger.

When the Oxford-based Ice Cream Emergency mobile ice cream parlor stops by the TV station. Thanks to Debbie and Theresa and all the hard working ice cream craftspeople across Connecticut! I’ll see you tonight on the news at 5, 6, and 11 on WTNH. @ice_emergency ice_emergency #connecticut #savectrestaurants #icecream #oxfordct #wtnh