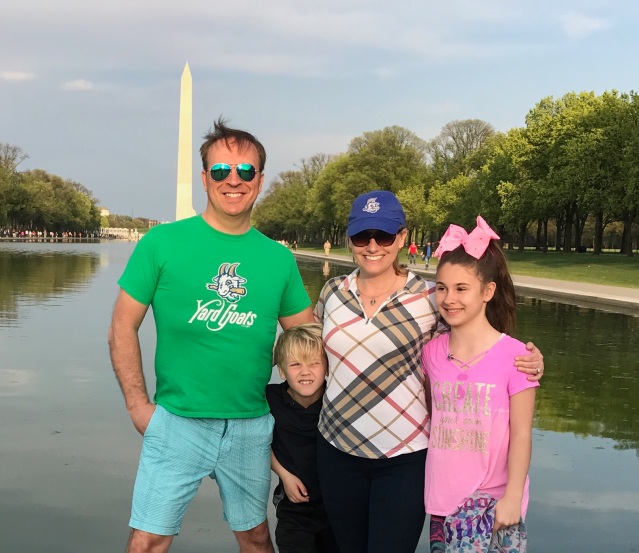 The kids were on Spring Break/April vacation last week, so with some pretty amazing weather on tap, Kara and I loaded the offspring into the car and headed south. Nothing like a road trip through Connecticut, New York, New Jersey, Pennsylvania, Delaware, Maryland, Virginia and the District of Columbia. We spent a few days in Manhattan, and don’t underestimate the value of having a brother-in-law with an apartment adjacent to Central Park!

From there we headed to Virginia, and spent the night at a resort with a special connection to our family. The Salamander Resort in Middleburg, Virginia is named for my father-in-law’s code name in World War II. He once had a farm nearby named Salamander Farm, and the new owner was so taken by his story of survival after being shot down, she carried on the name in this pretty amazing destination. There is even a comfortable room with fireplaces and lots of books called the Sundlun Library.

My kids swam, made smores, and talked to the horses with the Virginia countryside as a backdrop. Then it was off to Washington, D.C. less than an hour away. The kids had never been to our nation’s capitol, and now that they are learning about in school, Kara and I thought it was the perfect time to go. We visited all the major monuments and a few museums, but definitely need to go back. We barely cracked the list of attractions. I highly recommend the Smithsonian’s Air and Space Museum and the International Spy Museum. We also visited Arlington National Cemetery where our kids learned reverence and respect.

We walked. And walked. A lot. One day we logged 10 miles!