The I-484 Bushnell Park Tunnel 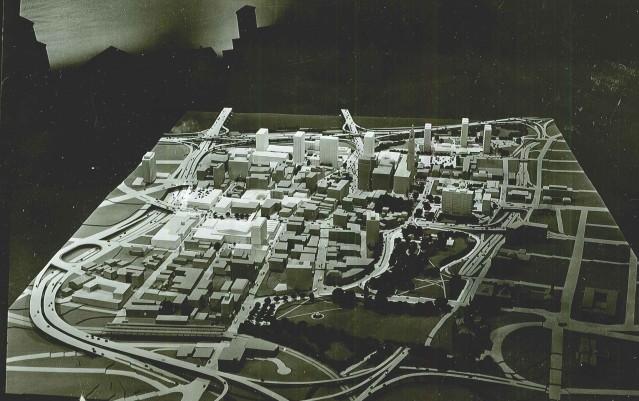 Back when Dwight Eisenhower was president and Abraham Ribicoff was governor, my predecessors here at Channel 3 were working on a story about a proposed tunnel that would link I-84 to I-91.  So how would that have been done exactly?  By building a tunnel under Bushnell Park. 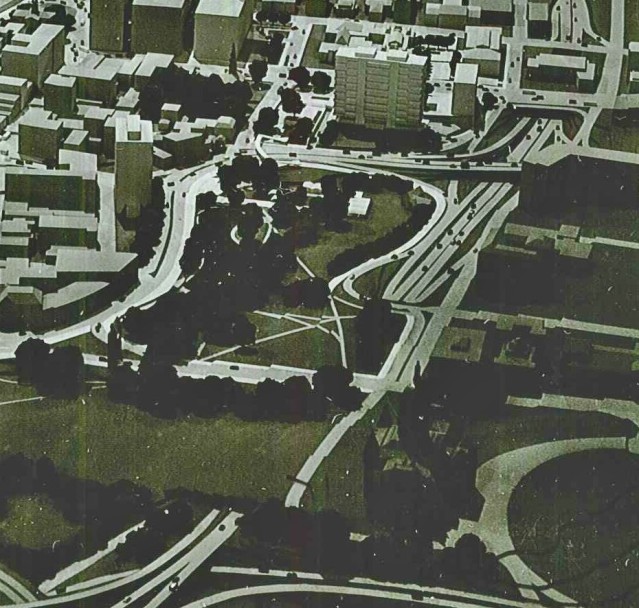 These architectural models, shown at a public hearing in 1959,  show what the tunnel  would have looked like.  One opening for the spur, or connector, would be on the grassy slope on the north side of the state capitol and the other opening  would have chopped up the park on the east side and wiped out the whole section that is now home to the Pump House and the scene of Winterfest.

Further study of these photographs of the model reveal there was once a proposal for a more traditional building in the place where the iconic “Boat Building” now stands and three high rises where much of the Adriaen’s Landing development went up, including the Connecticut Convention Center.

The spur was later named I-484 and was killed in the late 1980s.  Here are some articles I found about this proposal, that thankfully never came to fruition: http://www.nycroads.com/roads/I-484_CT/