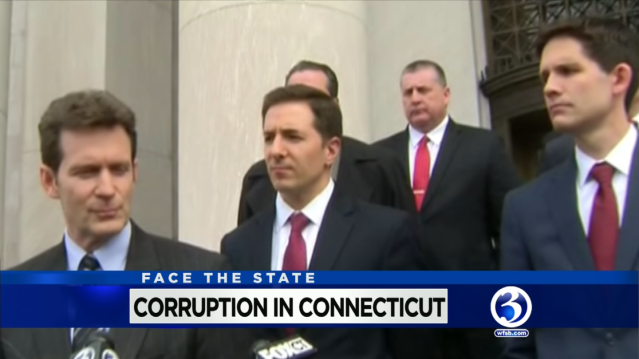 Chris Mattei was in high school when John Rowland was first elected governor of Connecticut.  20 years later, Mattei was facing this once powerful politician in federal court, with Rowland as defendant, and Mattei as prosecutor.

This Sunday on Face the State we are joined by Mattei, who left his job as assistant U.S. Attorney and is now in private practice with Koskoff, Koskoff and Bieder in Bridgeport. 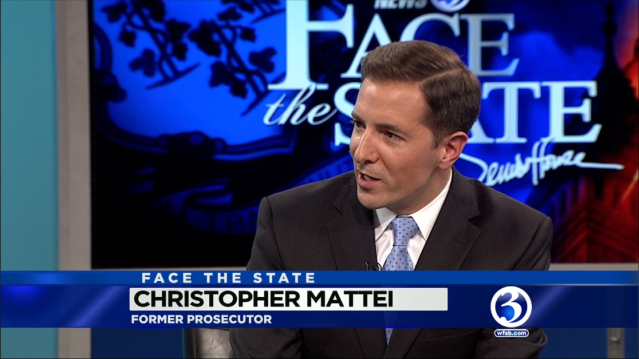 What was it like to prosecute Rowland?  What would you have asked him if the former governor had taken the stand?  Mattei answered these questions and more and responded to the views of some people that corruption isn’t that big of a deal.   Also, what’s next for the lawyer who won such a high profile case?

Also Sunday we will talk about the special legislative session, and the new problems lawmakers will face in 2016.

Our guests are House Minority Leader Themis Klarides, and Senate President Martin Looney.  The two will talk about needs to be done, and weigh in General Electric and the company’s big December decision.

Our Face the State flashback takes us back almost 20 years when there was a statewide effort to save the Hartford Whalers.  Schoolchildren were doing their part while the adults were taking part in a massive season ticket drive.

This Sunday, you’ll see a report from our archives from May of 1996, that I filed hours before  Peter Karmanos arrived in Hartford to make an announcement.   In that report there are comments from fans and from then Lt. Governor Jodi Rell.

Tune in this Sunday at 11 AM on WFSB for Face the State.