As we await word on whether General Electric will move its headquarters out of Connecticut, there are some new businesses coming to Connecticut.   This Sunday on Face the State, we talked about two of them.

First,  we talked with the chairmen of the Mashantucket Pequot and Mohegan tribes about their joint venture to open a new casino.

Rodney Butler and Kevin Brown have teamed up to take elements of their Foxwoods and Mohegan Sun casinos and open a new gambling center in either the city of Hartford or in one of three suburbs: Windsor Locks, East Windsor or East Hartford.   Their goal:  to attract patrons who might be heading to the casino planned for Springfield.

Will it work?  Can Connecticut support a third casino?  Watch the interview with Butler and Brown right here: http://www.wfsb.com/clip/12049191/tribe-leaders-discuss-future-casino-plans

Also on the program, the CEO of Jordan’s Furniture which is expanding into Connecticut from Massachusetts by opening a gigantic store in New Haven. 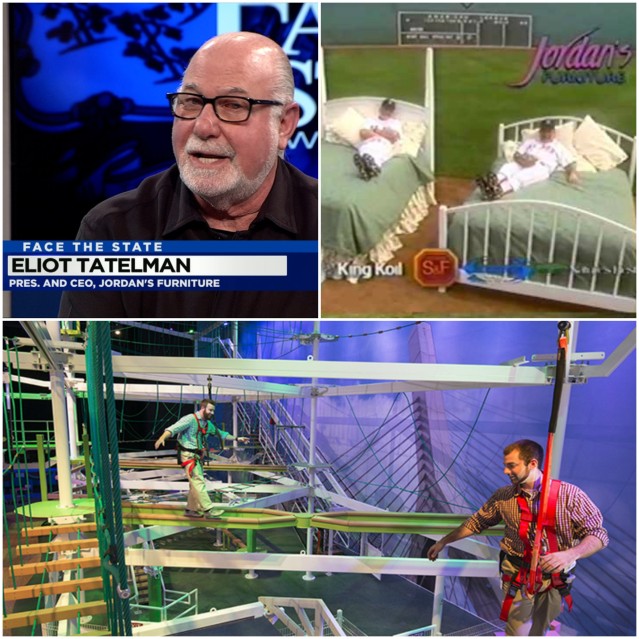 Eliot Tatelman runs the 97 year old company, which I was familiar with growing up in suburban Boston.  Tatelman and his brother shilled for their stores in some zany and memorable commercials.

On Sunday, Tatelman explained why he wanted to open up shop in Connecticut, the attraction of New Haven, and why the store will feature the biggest indoor ropes course in the world.    Also, Jordan’s is investing in Connecticut without any tax breaks.  Tatelman says “I believe I should pay my fair share of taxes.”