The Day the King Died

Forty years ago today I was a junior high school student enjoying the final weeks of the summer of ’77.  I was playing golf at the Lost Brook Golf Course in Norwood, Massachusetts with my brother, Chris, and our neighborhood friends, Ronny and Matt Adams. As we played, the skies started to grow dark and ominous, so we headed home.

Why do I remember August 16, 1977, so clearly? It’s because of what I saw when I arrived at home. My mother Marilyn was crying, not sobbing like a member of the family had died, but I knew something was wrong — and these tears weren’t over a broken vase. “Elvis died,” my mother blurted out. I remember watching coverage on the television news that night.

Now, my mother isn’t one of those Elvis faithful who wore a glittered sweatshirt with the Presley profile emblazoned across the chest. Hardly. She’s never been to Graceland and she doesn’t bow her head when one of his songs comes on the radio. There is no velvet portrait of the King in her house (You know, the kind that shows up best in a black light).

No, my mom is simply part of the core of the Elvis fan base. He was “it” for her generation. She graduated high school in 1959 and grew up when Elvis was King. My father is the same age as my mother, and also was influenced by “Jailhouse Rock” or “Blue Suede Shoes.” My mother did own a couple of Elvis albums and I can still see her playing these records on this giant stereo that was actually a piece of furniture. Also in the collection: Peter Paul & Mary, the Association, and one I could never quite figure out, Led Zeppelin.

My mom with her Zenith stereo at our home in Norwood, 1970

Since then, I’ve learned to appreciate Elvis more and more, and I have a few of his CDs. My favorite song is the “Wonder of You,” and I have serenaded my wife with this song at a Karaoke event that thankfully has not shown up YouTube.

When I worked as a reporter in Michigan, one of my first assignments of 1991 was a story on Elvis. Seriously. One of the tabloid rags was running a headline that said “Elvis to perform at Super Bowl; now working at a Burger King in Kalamazoo, Michigan.” Off I was to the BK to do this tongue-in-cheek story, that we had a whole lot of fun with. The tabloids still run these “Elvis is Alive” stories and people still read them. Go figure. 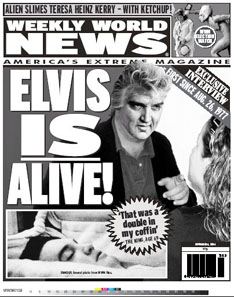 Incidentally, Elvis was supposed to perform at the Hartford Civic Center on August 21, 1977, just five days after his death. Posters for the concert that never was are regularly sold on eBay. 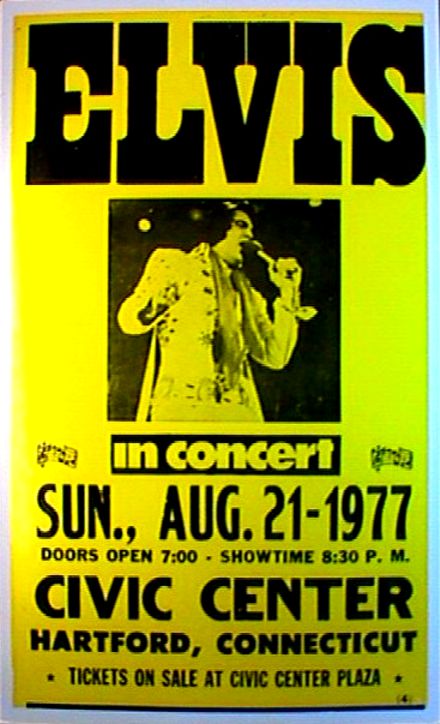