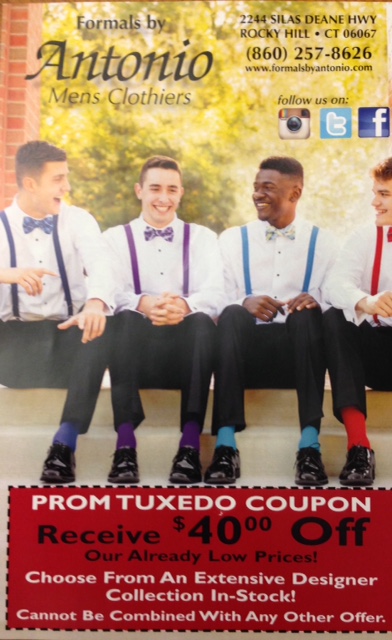 Prom season is almost upon us and teenagers are busy picking out their formal wear for the big event.   For the guys, I’m told the big thing this year are colorful suspenders with matching sox and a coordinating bow tie.  That’s according to Tony Garofolo of Formals by Antonio in Rocky Hill.

Tony told me the garish  tuxedos with ruffled shirts of the 80s like I wore are thankfully out of style. When I look at these cringe-worthy photos, I just want to be sedated.  My suit actually matched my mother’s Mercury.

Now that I’m an adult I wear a tux at least a few times a year, but grew a little tired of the one I own.  This past weekend for the Ovations gala to benefit the Bushnell Center for the Performing Arts, I decided to rent a tux, perhaps something trendy yet classic.

My inspiration was James Bond, and his midnight blue tuxedo, and LL Cool J and Ryan Seacrest from the recent Grammy awards. 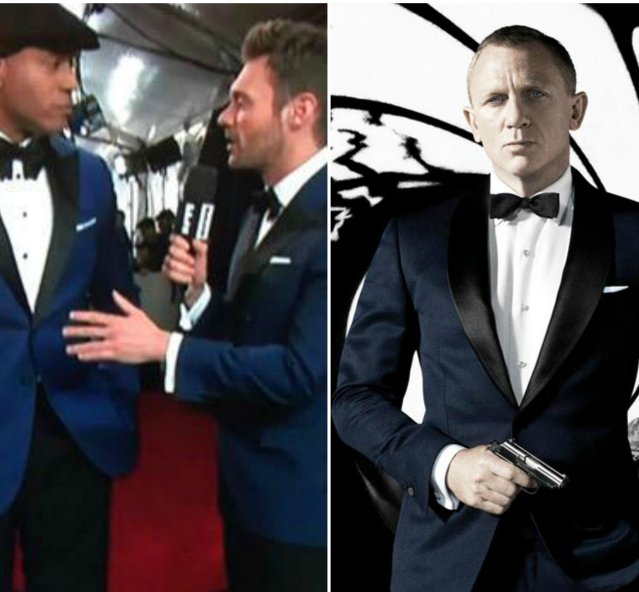 When I called Tony, he told me the midnight blue is also in this year and might even be seen at a few proms.  A few of them had just arrived at Formals by Antonio and I was the first to wear it. 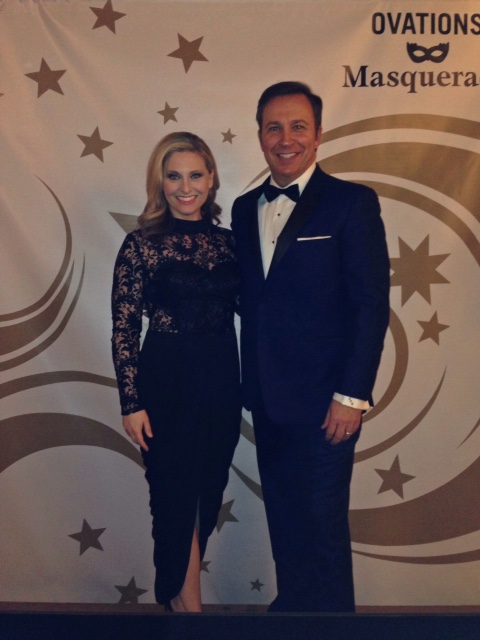 By the way, Kara’s dress is from Mariella Creations.  http://www.mariellacreations.com  That’s where Denise D’Ascenzo also gets her gowns. 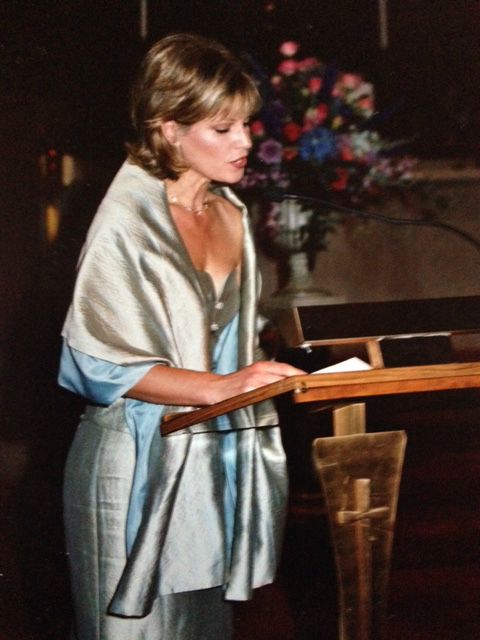