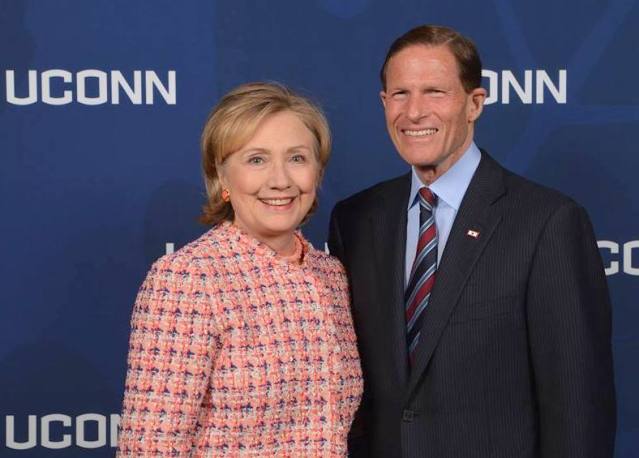 Senator Richard Blumenthal is defending  Hillary Clinton over the email scandal that has damaged her standing in the polls.  During a taping of Face the State set to air Sunday on WFSB, Connecticut’s senior senator talked about his long time friendship with Clinton and the former president, both of whom were classmates of Blumenthal’s at Yale University Law School.

This week, Senate Judiciary Committee Charles Grassley said Clinton likely broke the law, and when I asked Blumenthal about his view, he voiced his disagreement.

“I don’t agree with him. Of course there may be facts we don’t know now, and the house is doing an investigation.  Criminal intent requires that there be a purposeful and intentional act to break the law, and what she did apparently was in accordance with the regulations.

DH: Do you think it was in the spirit of the Freedom of Information law.  You’re a former journalist?

RB:  I have a blackberry that is an official blackberry I keep those records but I don’t know what the secretary of state may have thought.

DH:  Should she have deleted the e-mails?

During a series of questions about Clinton,  Blumenthal told me he carries two devices and I asked him about a recent poll about Clinton’s trustworthiness.  You can watch it at the link below. 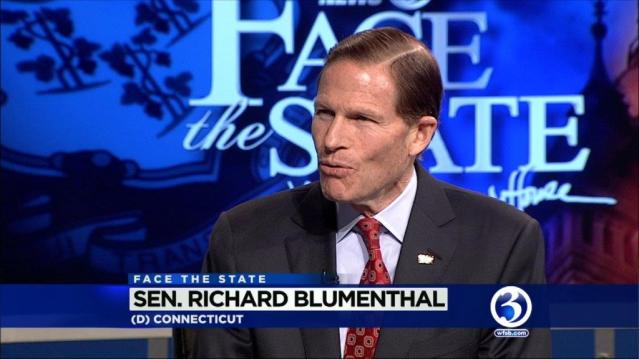 In addition we talked about Blumenthal’s likely upcoming re-election campaign, the Germanwings pilot, his work on veterans and he’ll explain why he brought me this camouflage chocolate from Munson’s.