Lunching with a Legend 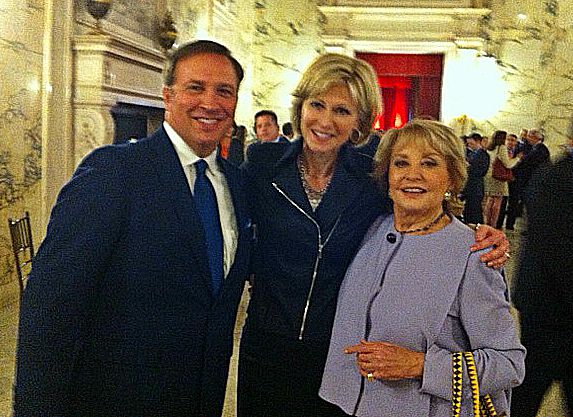 Denise D’Ascenzo and I had the great privilege of attending a special luncheon today honoring Barbara Walters, the trailblazing journalist who “retired” this spring. The 84 year old has already come out of retirement for a big interview, and told us today she will again and again for special projects.

Walters was the recipient of the Fred Friendly Lifetime Achievement Award, presented by Quinnipiac University. Friendly was a president of CBS years before his death in 1998, and the First Amendment Award Luncheon at the Metropolitan Club in Manhattan is a great event thrown by Q.U. annually to honor some of our profession’s finest.

Denise wanted to attend the luncheon to personally thank Barbara for helping make her career possible. Back in the 1960s, Barbara was a pioneer who started off in a business dominated by men. She learned to make her own way from the “Today Show Girl” in 1964, to landing some of the most sought after interviews of the past 40 years. Barbara Walters really changed everything. 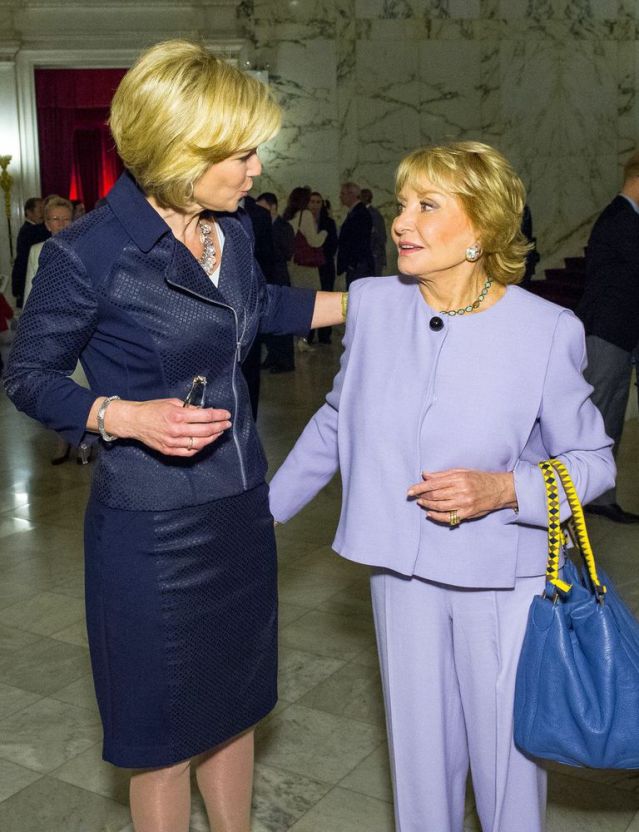 Denise expressed her gratitude to this broadcasting legend, who responded by saying “you’ve made me proud.”

Denise and I also got to catch up with some old friends, former WFSB anchors Gayle King and David Ushery. Gayle is now with CBS This Morning and David is with WNBC in New York. Also there, Bill O’Reilly of Fox News, who worked at WFSB from 1979 to 1980.