The news that not only are the New Britain Rock Cats staying in Connecticut, but moving to a stadium twice the size in Hartford has been all the buzz since the story broke. This Sunday on Face the State, we’ll talk with one of the key people involved in the move, Hartford Mayor Pedro Segarra.

Segarra came in for the taping with the city’s development director Thomas Deller, and both laid out the details of the new stadium to be built on the edge of downtown Hartford. The two talked with Susan Raff (I was off for my daughter’s school show) and discussed the economic impact of the new project. 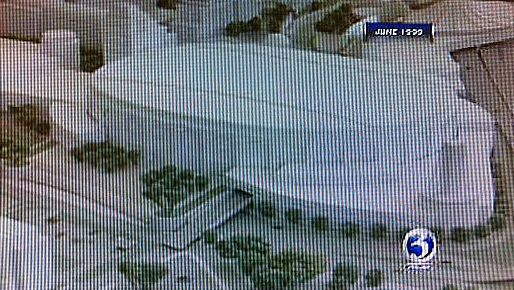 The stadium is the latest in a fifteen year span of developments that have all brought the capital city closer and closer to restoring the vibrancy it was known for before the 1990s. By the late 1990s, the city seemed to have hit rock bottom, which led to an aggressive effort to rebuild.

In this Sunday’s Face the State flashback, we’ll take you back to June of 1999, and a report I filed on two major proposals that were making headlines: Adriaen’s Landing, and the Civic Center.

The goal was to turn a string of parking lots into a convention center and entertainment district, and the civic center into housing and retail. Naysayers said they would never happen. The projects did get done (Adriaen’s is in its final phase) although they look much different than their original proposals. Look for a soundbite from then Mayor Mike Peters.

See you Sunday at 11 on WFSB for Face the State.