My Chat with Ralph Macchio 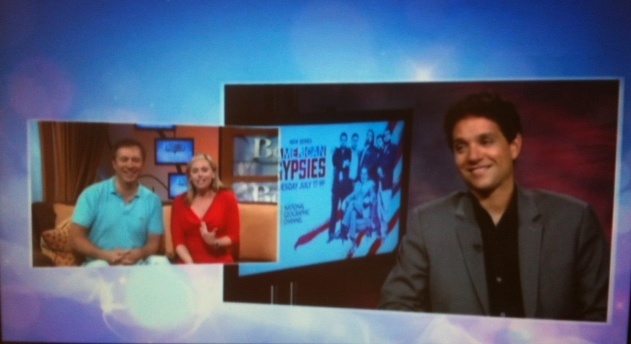 I always respect actors who embrace their past, and in this case he is an iconic actor from the 1980s, who still has a big following today.  Ralph Macchio, who turns 51 next week, must be drinking some cocktail with age defying powers.   Unlike Susan Dey and some other actors, Macchio has no problem talking about a role that made him a household name, “The Karate Kid.”

As much as I was a “Karate Kid”  fan, I think I’d choose two of Macchio’s  other  movies “the Outsiders” and “My Cousin Vinny” next time I’m looking for a Saturday night rental.

Anyway, I’ve been asked a few times recently where to find the interview that Kara Sundlun and I did with Macchio this past summer on Better Connecticut.   Here it is:  http://www.wfsb.com/global/category.asp?c=208507&autoStart=true&topVideoCatNo=default&clipId=7511741

We also talked about his new project, his guest appearance on one of my favorite shows, Entourage, and the role he still wants to play.   You may be surprised by it.

If Macchio ever comes to Hartford, we’d love to have him on Better Connecticut in person.   He’s a class act.

If you are wondering “who is Susan Dey?”   She’s the one who is never going to play Laurie Partridge in the never-going-to-happen Partridge Family reunion.