Next Mayor of Hartford: Pedro Segarra 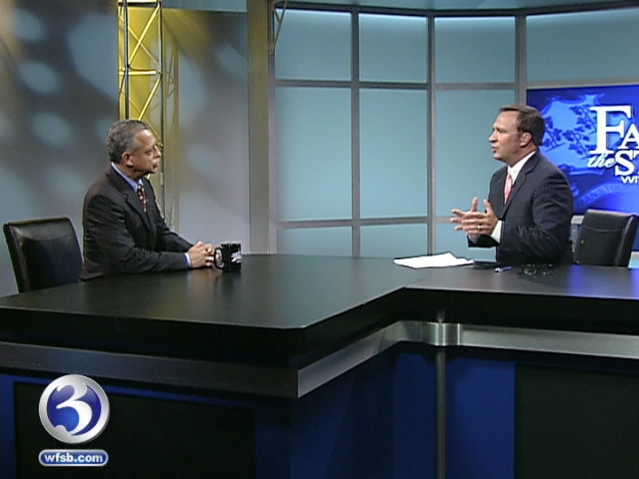 One of our guests this week on “Face the State” is the next mayor of Hartford, Pedro Segarra.    Segarra is perhaps the most experienced mayor to run the capital city in a generation.  He is a former prosecutor, and corporation counsel who will likely be sworn in as mayor in the next week or so.

During our interview we talked about the tremendous disappointment Segarra feels about Mayor Eddie Perez, who in ten years when from a promising politician to convicted felon.

We also talked about the number one issue facing the city:   the loss of thousands of jobs and millions in tax revenue.   During the past few years of the Perez administration several major corporations fled the city for suburbia, and City Hall was criticized for their role in the departures.   All you have do is look around downtown and see the impact these departures have had on the city.   The loss of thousands of feet on the street means empty stores and vacant lots that could have been developed.      A head of a local law firm told me just today, the inability or refusal to hold on to so many major employers will go down as the biggest mistake of the Perez administration.

Segarra says one of his top priorities will be to recruit new businesses and restore the tax base that shrunk in recent years.     Investors will likely see the approachable Segarra as a welcome change.

You can watch the interview with the mayor-to-be this Sunday morning at 11AM on Face the State.