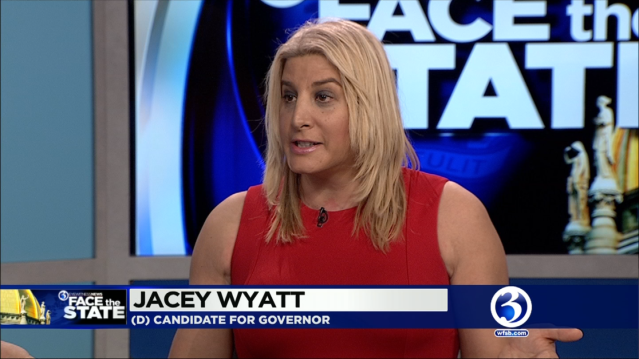 This Sunday on Face the State we are joined by a Democrat who hopes to make history by becoming the first transgender governor of Connecticut. Jacey Wyatt of Branford may lack political experience, but she says that works her in her favor.

Also Sunday, we have a debate over whether marijuana should be legalized, and our flashback takes us back 20 years when the month of March began with an effort to save the Hartford Whalers and ended with news they were leaving. You’ll see two reports from our archives from March of ’97, including one filed by me.

See you Sunday morning at 11.