This Sunday marks fifteen years since one of the darkest days in American history, September 11, 2001. We will have a one hour special on WFSB at 8AM to cover the memorial events in lower Manhattan. Later at 11AM, a special edition of Face the State to look back at 9/11.

Joining us will be a local man with a remarkable story. John Sindel of Redding was in the first tower to be hit, in a conference room without any windows. I’ve interviewed him several times over the past fifteen years, including once with his daughter, who was 13 days old when her father escaped from the burning World Trade Center. 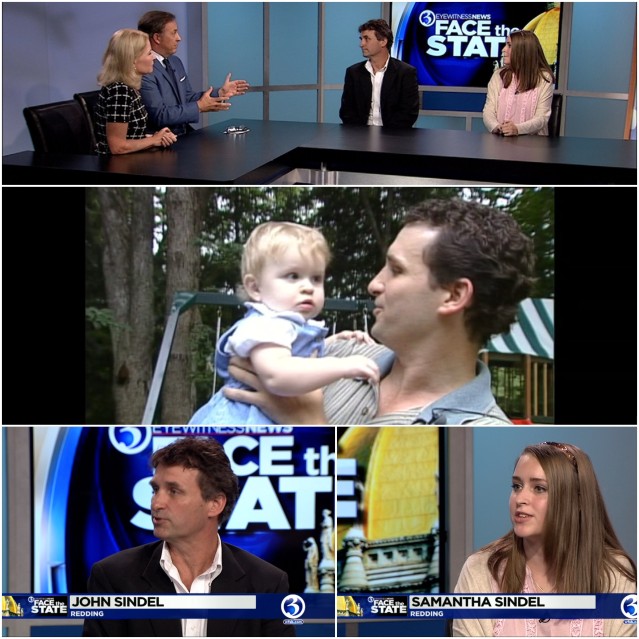 Samantha is now 15 years old and a sophomore at Joel Barlow High School, and accompanied John to Face the State. You’ll see their story this Sunday.

Also on the program, two people who lost loved ones in the World Trade Center, and have worked hard since then to make some good in the memories of two people who died too young. Judy Keane of Wethersfield is the widow of Richard Keane, and Chris Spagnoletti of Watertown is the brother of Greg Spagnoletti.

See you Sunday morning on WFSB. You can read about my World Trade Center experiences in 1993 and 2001 below.

Spring is a great time to explore downtown Hartford. Connecticut’s capital city is in full bloom. The skyscrapers and office buildings are still kind of empty due to remote working so the merchants and restaurants really need your help to survive this pandemic #savectrestaurants