Connecticut’s 6 Month and a Day Problem 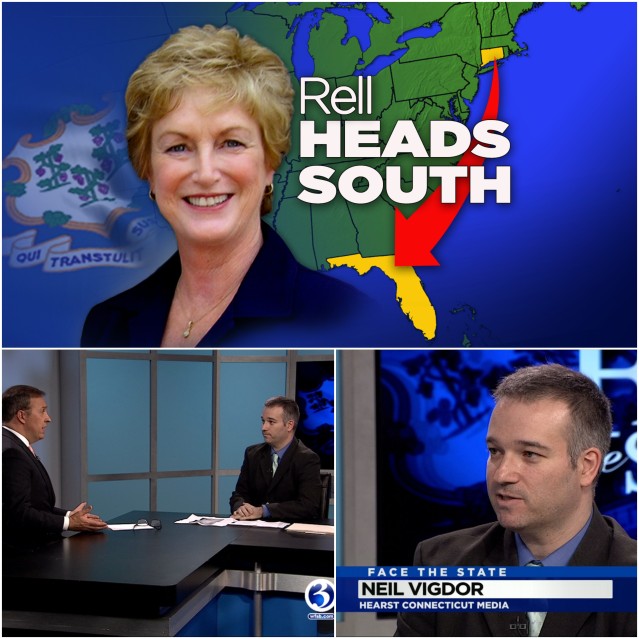 The state budget deficit is bigger than it was a few weeks ago because the state is collecting less income tax this year. The rate hasn’t gone down, but the amount of taxable income has decreased. Last week on Face the State, Revenue Services Commissioner Kevin Sullivan blamed it on a decline in what Connecticut billionaires earned in 2015, but admitted some people moved out of state, and are no longer on the tax rolls.

Where did these people move to? Former senate candidate Ned Lamont first brought up this subject years ago on Face the State, talking about some of his Greenwich neighbors making Florida their official residence. This can be done by living there for at least six months and a day. The savings in taxes is a major factor.

This Sunday on Face the State, we will talk about this week’s big news that Connecticut’s most prominent Republican is now a Florida resident. Former Governor Jodi Rell has had a home in the Sunshine State for the past decade or so, and now will join the countless snowbirds from Connecticut who have headed south for warmer weather and  considerable tax savings.    The U.S. Census Bureau reported that 12,900 people moved to Florida in 2014.  Numbers for 2015 aren’t in yet.

This Sunday,  we will talk with the reporter who broke the Rell story, Neil Vigdor of Hearst Newspapers.  What else did Rell say to him and what does she think of the direction Connecticut is going?   Tune in at 11AM on WFSB.

Also Sunday, our flashback takes us back 25 years, and the battle over the state income tax.  Duby McDowell’s report from May of 1991 is a must see.  Look for  John Larson and Lowell Weicker and their disagreement over what kind of budget the state should have.