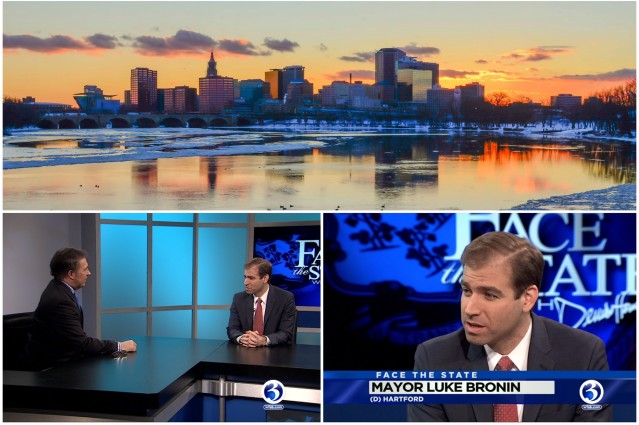 It is the dawn of the Bronin era in the city of Hartford, and for the first time since his inauguration, we were joined on Face the State Sunday by the capital city’s new mayor, Luke Bronin.

In a wide ranging interview, the mayor and I talked about his biggest surprise after getting the keys to city hall, and his plans to address the budget deficit.   Bronin said cuts won’t be enough to close the gaps.

“There is no question there are going to be some very hard and painful decisions to get Hartford on the right path.”

One of Bronin’s campaign themes was job creation, and we talked about that and some of the other issues he is now faced with such as possible unhappiness of Aetna with the Connecticut economy, cost overruns on Dunkin Donuts Park, a possible casino, and budget cuts that will impact Hartford proposed by his former boss, Governor Malloy.

Also on Face the State Sunday, we were joined by three mayor of smaller communities, Elinor Carbone of Torrington, Jay Moran of Manchester and Enzo Faienza of Cromwell.  The trio weighed in on problems they face governing their constituents, the impact of the state economy on their communities, the heroin impact and more. 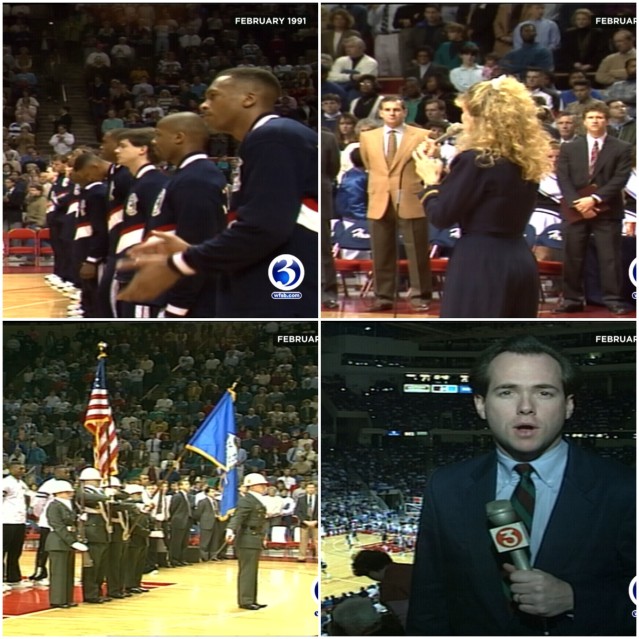 Our flashback takes us back a quarter century to February of 1991, when the United States and its allies were waging the Gulf War and patriotism was at an all time high.  A poignant ceremony took place at the Hartford Civic Center at a UConn game.

Our report from our archives filed by Steve Jarriel is right here:http://www.wfsb.com/clip/12208491/patriotism-and-fun-come-together-at-uconn-game