New Year’s Day 2015 brings a new minimum wage for workers in our state, $9.15 an hour. I remember when minimum wage was about a third of that and I’ll never forget the many years I earned the lowest possible amount an employer could legally pay.

After 22 years at WFSB, I may be known for longevity in employment, but it wasn’t always that way. I had a dozen or so jobs along the way, and many of them paid minimum wage.

My first job was as a dishwasher at Ben White’s restaurant in my hometown of Norwood, Massachusetts, known for years as the Club Car because of the actual railroad car that had been transformed into a dining room. The car is long gone and the place is now a McDonald’s. The legal age to work was 15, and because I was born in December and was one of the youngest in my class, many of my friends had jobs in the summer of ’78, and I couldn’t get one, or so I thought. I fibbed on my application and was hired as a dishwasher. The pay? $2.65 an hour, minimum wage. I scrubbed pans, threw away fish bones, mopped a dirty kitchen floor and went home smelling as foul as possible. Nevertheless, I was pretty excited to get that first paycheck.

I traded in my apron the following summer for something a little more upscale, and was hired as a cashier and clerk at Valueland Food Warehouse, a no frills grocery store whose spartan appearance resembled something out of the Soviet Union. Norwoodites would shop for bargains with all signs a dark green and white and bagged their own groceries with oddly sheared boxes that once contained the items on the shelves. Customers were charged for bags. The Valueland paycheck? $3.10 an hour. Miminum wage had gone up that year by .45 cents. For that $3.10 I also had to fetch the shopping carts from the parking lot in rain, sleet, and snow.

Another summer I worked as a landscaper for a man I viewed as a stern dictator. Minimum wage for picking weeds, lugging bricks and mowing lawns in the sizzling sun. Man, I hated that job.
By the time I was working at Zayre in the summer of ’83 after my sophomore year of college, the minimum wage had soared to $3.35, and was actually paid a little more because I had some serious responsibility. Read about the Z job right here: https://dennishouse.tv/2012/11/13/from-detective-to-news-anchor/

For the next several years through high school and beyond college, I held a variety of jobs where the pay was as low as one could go. I worked at department stores, a management company and a few restaurant jobs as a busboy, waiter and bartender and the wage for those jobs was actually lower, $1.86 at one point I recall, but tips put the take home pay considerably higher.

Many of us know what it’s like to make the minimum. While Denise D’Ascenzo was preparing for the Miss Teen Maryland pageant in the 1970s, she was up to her elbows cleaning up half-eaten beef dishes as a busgirl at Ponderosa, wearing a hair net to keep flecks of gnawed gristle from becoming embedded in her beauty queen tresses. 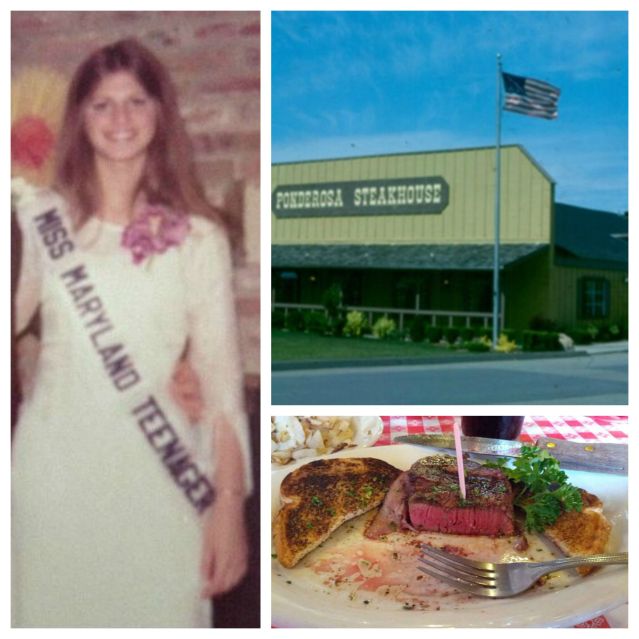 Kara Sundlun did not wear a hairnet when she selling bathing suits for minimum wage to suburban Detroit beachgoers in Keego Harbor, Michigan. One benefit was an employee discount. 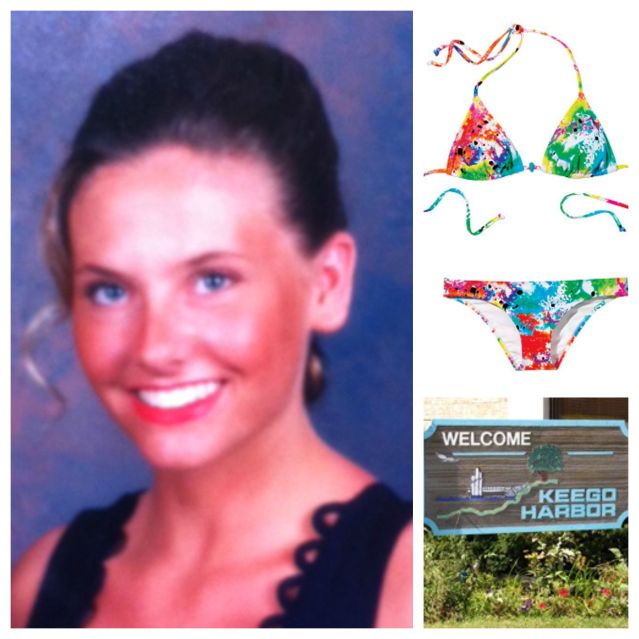 No one gets rich making minimum wage, and for me earning such a paltry amount paid for the small bills I had at the time and later helped defray the cost of college. My situation was a far cry from the folks who make minimum wage and struggle to support families while paying pay rent and utilities.

Here’s a history of the minimum wage. 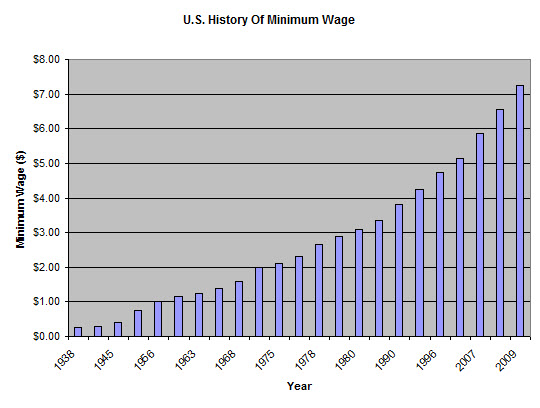 Categories: My life and family