Teeing it up with the Back 9 Network

The Back 9 network is a relatively new golf and entertainment channel that set up shop in downtown Hartford at the Phoenix Building with studios under construction at the scene of the old Gayle King Show studios. Few people knew much about Back 9 until controversy erupted last year and made headlines because the company received some $5M in loans from the state.

This Sunday on Face the State, some of the key figures from Back 9 are with us to talk about the brouhaha, and to shift the focus to the good work they are doing. 40 jobs have been created so far, and up to 150 more are on the horizon.

In a candid heartfelt interview, Jenn Bosworth, one of the hosts of Back 9, took full responsibility for the controversy, which centered around some inappropriate videos. Bosworth was a long time anchor and reporter at WTIC-TV, and I give her credit for coming on the broadcast to talk about this. Joining Jenn on Face the State is the CEO of Back 9, her husband Jamie Bosworth and fellow host Charles Everett. 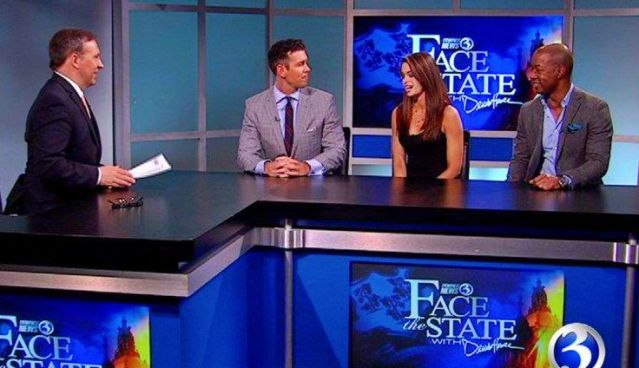 It’s a fascinating segment you can watch this Sunday morning on Face the State at 11 on WFSB Channel 3.

What about other tv personailities on Face the State : https://dennishouse.tv/2013/09/27/life-after-television/