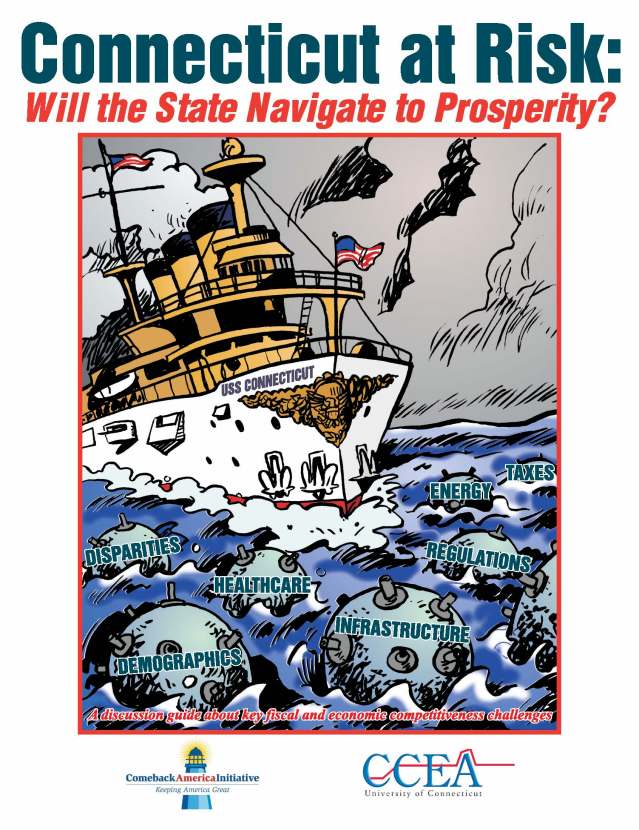 Democrats will tell you the economy in our state is improving, Republicans say it isn’t, and other say the truth is probably somewhere in between. This Sunday on Face the State, we are joined by an independent, who said Governor Malloy has done some good things in an attempt to turn Connecticut around, but also believes he hasn’t done enough.

Former U.S. Comptroller David Walker was on the program to talk about a new study he worked on analyzing the state of the state. You can read it right here: http://keepingamericagreat.org/connecticut-at-risk-will-the-state-navigate-to-prosperity-2/

Walker said the state’s current fiscal policy is unsustainable, and that our state needs massive tax reform. He went on to say people and companies will leave Connecticut if things don’t change, and on Sunday, you’ll hear his suggestions. Among his suggestions? Tolls, and selling the Merritt Parkway so a private company can run it and the state can make some money from turning it over.

Walker sounded very much like a candidate, and I asked him about running for governor or for mayor of Bridgeport where he lives. When it comes to the Park City, Walker did not hold back.

“Bridgeport is ground zero for fiscal irresponsibility in America,” and he said the state should set up a financial control board for the city.

Join us for the complete interview, this Sunday morning at 11 on Face the State, only on Channel 3.