From Lambs to Pit Bulls 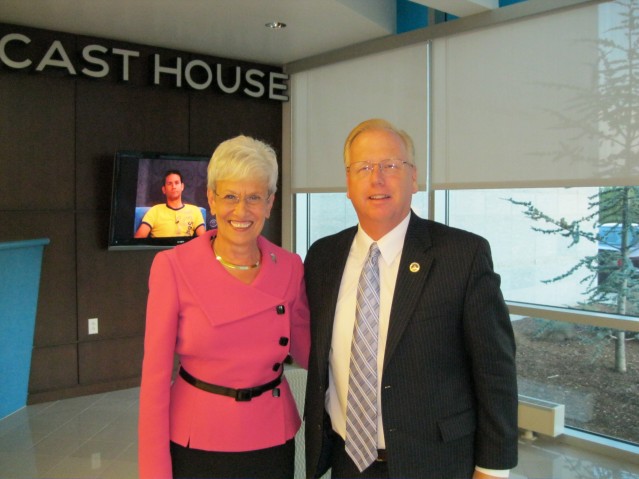 The way Connecticut election laws are set up can lead to some uncomfortable moments on the campaign trail for candidates running for Lieutenant Governor.    Most have running mates, and while their partners can spar, criticize and sling mud, the second bananas have to stick to the issues.   That’s because after primary day he or she  could suddenly become the running mate of their partner’s  opponent.

The candidates for Governor and Lt. Governor run as a team but appear on the ballot separately.   In 2006, John DeStefano’s running mate lost and he ended up running with Mary Glassman, who is also running for LG this year.

On Face the State this Sunday we continue our look at the LG candidates by talking with Nancy Wyman and Mark Boughton.  They both refrained from criticizing the men their running mates are attacking.

Come August 11th, the victorious candidates for LG will turn from lambs to pit bulls, while their running mates assume a more guberatorial profile and leave the dirty work to the # 2.

Two years ago today we lost one of my best friends . I know Denise wouldn’t want us to sit around and be sad, so we will take a moment and be grateful for the successes of the Denise D’Ascenzo Foundation. I’m extremely proud of her daughter Kathryn and husband Wayne and the way they’ve persevered. I’m honored to be president of the foundation and we look forward to some fun events in 2022 that will benefit causes important to you. On this day I’ll interview someone very inspirational for a future story on @wtnh8, get my booster, do some acts of kindness, spend quality time with @karasundlun and the kids, Kathryn and Wayne, and serve the people of Connecticut on the 6 o’clock news with my teammates on WTNH. If you’d like to donate to the foundation the link is at my profile. 📸 by Hartford Magazine Michael Fiedler