This week’s Quinnipiac poll delivered some grim news for Governor Malloy in the form of the worst poll numbers of his gubernatorial life.  What does it mean?  This Sunday we’ll get some answers from Christine Stuart of CT News Junkie.  We’ll also talk about the Republicans and their demand for a special session, the casino debate and the next legislative battles..

Speaking of special sessions and casinos, our flashback revisits the big issue from twenty years ago this fall: whether to allow a gambling resort in Bridgeport.

You’ll hear from some of the key players in the story, which could repeat itself in the coming months, if Connecticut largest city decides to get back in the hunt for a casino. 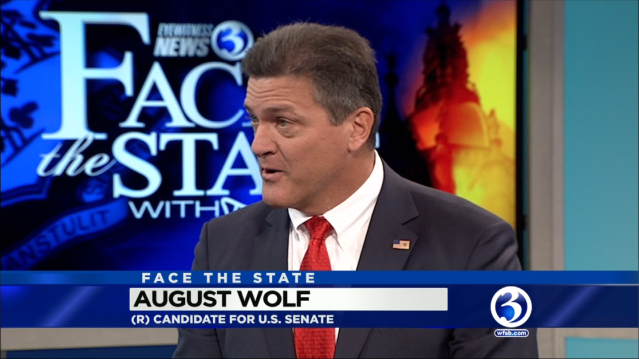 Wolf is a former Olympian from Stamford who is well aware of the uphill climb a Republican has in Connecticut, but argues the mood of voters here has soured dramatically since the last election.  He will lay out his case on Sunday.

Tune in for Face the State this Sunday morning at 11 on WFSB.