A few members of the WFSB night crew took a retro road trip to pick up dinner for the newsroom on this primary night.   11PM producer Bill Hall and Face the State producer Chris Collibee had their first ride in the rear facing third row of the Buick Roadmaster Estate Wagon.  My kids call it the “way way back” after the movie of the same name, which also starred a Buick Estate Wagon.

Web producer Kaitlyn Naples had been in the way way back of a station wagon before but remarked that it wasn’t nearly as comfortable as the cherry colored velour of the Roadmaster. 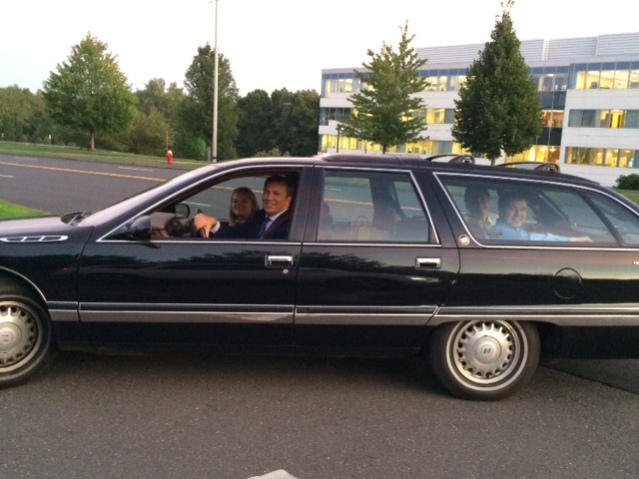