So You Want a Hartford Whalers License Plate?

There has been plenty of talk about the Hartford Whalers recently.  The unveiling of the Hartford Yard Goats logo with its Whalers colors was a big deal, and Goats merchandise has been selling briskly.

NHL expansion has been making headlines, and while Hartford wasn’t in the mix, it didn’t stop fans from dreaming about “what if.”   Perhaps that $500 million dollars price tag was the main impediment to a return of the Whale through the expansion route.  And just a few weeks ago, a Hartford Whalers appreciation night was held in Bristol.  Watch our coverage of that here:

One of the events that night was a drive to get signatures for a petition to get the Department of Motor Vehicles to issue a Hartford Whalers specialty license plate, and I’m not talking about vanity plates like the one ordered by a resident of Hartford’s West End (not me.)

This one would be along the lines of the Red Sox and UConn plates we see on Connecticut cars, and would feature the beloved Whalers logo.  The catch?  It’s not as simple as a petition. 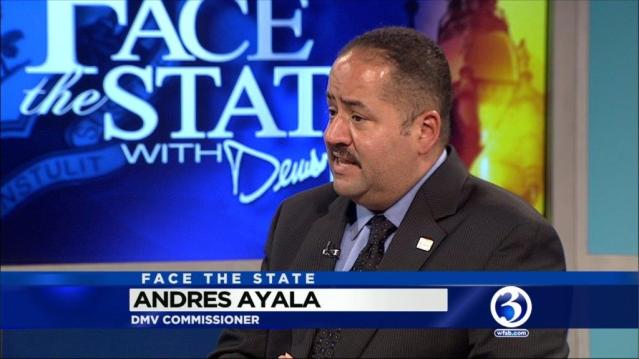 On Sunday’s Face the State, I asked DMV Commissioner Andres Ayala about the prospect of a plate honoring Connecticut’s gone yet revered major league team.

Fast forward to  5:30 in the interview:  http://www.wfsb.com/clip/11711635/commissioner-andres-ayala-discusses-modernizing-dmv

As soon as the segment aired, State Representative Kurt Vail (R-Somers) tweeted that he would sponsor legislation proposing a Whalers plate. 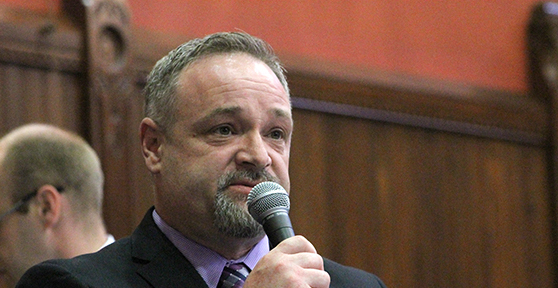 And fans reached out too, before Face the State was even over.

Ayala said if you want a Whalers plate as an option, contact your state lawmaker.  Stay tuned.