Killian: Hartford is in Rough Shape

At 4 o’clock Friday afternoon Robert Killian retired as a probate judge in Hartford, and promptly announced his candidacy of mayor of the capital city.  Killian had sat on the bench for 31 years, but left because he is troubled by what is happening with the city he loves. During a taping of Face the State set to air Sunday on WFSB, the 68 year old Killian said Pedro Segarra is “not a very good mayor” and the city needs a leader who will make decisions even it it hurts the mayor.   Killian was referring to city pensions, which he called “overly generous.” Killian invoked the late Mayor Mike Peters as he talked about the city’s relationship to the suburbs, towns he believes get a lot from Hartford.   On Sunday, Killian talks about his agenda, the ballpark, and much more. Killian is now the fourth Democrat in the race, along with Segarra and attorneys John Gale and Luke Bronin.  City councilman Joel Cruz, a member of the Working Families Party is also running.  Republicans, who sat out 2011, have not yet announced who their candidate will be. 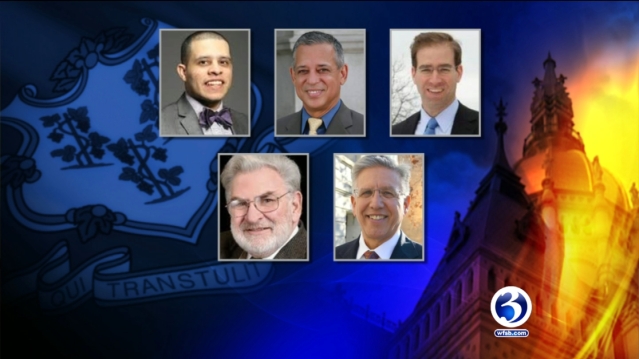 By the way, Killian worked for Channel 3 in the early 1970s as a political reporter. He also hosted the Sunday political show “Congressional Report,” which was later replaced by Face the State. You can watch the entire interview with Robert Killian right here: