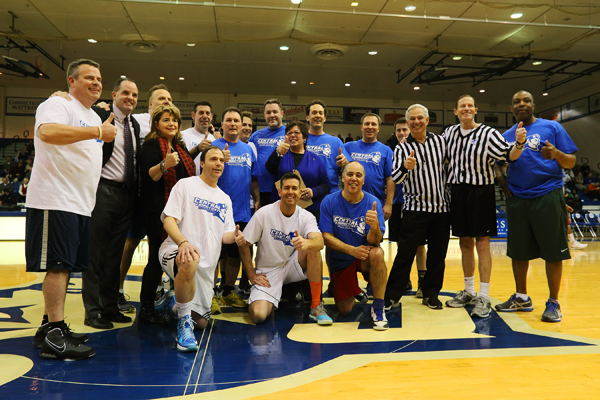 This past weekend I was in charity basketball game to support a charity near and dear to me, Interval House. Several men and I all dedicated to preventing domestic violence got together at Central Connecticut State University to play a 12 minute game in front of what was thankfully, not a packed house because of the snow falling outside. I know someone is saying right now, “I didn’t know Dennis played basketball?” I don’t. At least not very well. 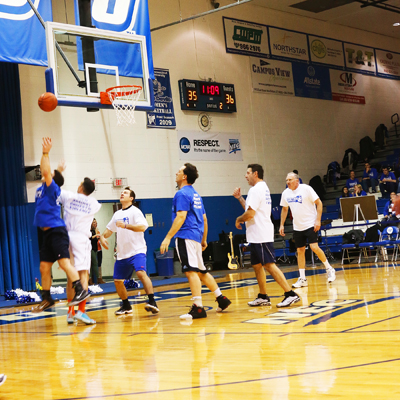 I last played organized basketball in the 6th grade in Norwood, Massachusetts, until I got kicked off the team because another kid picked a fight with me. I remember telling the coach this guy, Roger Lazarovich, had violent tendencies, although I’m sure my elementary schoolspeak characterized him in other terms. I never really played basketball again except for an occasional driveway game. The other guy? Sadly he went on to beat his young daughter so badly in the 1980s she was permanently disabled. He went to prison, and died there a year or two ago.

Anyway, fast forward to 2014 and Joe Zone asked me to be on the team for the Interval House game. We would play another team made mostly of guys from WTIC-TV, including my former colleague on Channel 3 Eyewitness News Daybreak Joe Furey. I knew we were in trouble when WVIT anchor Brad Drazen said to me a few days before the game, “do you know we are the two of the youngest players on the team?” Yikes.

It was great to see my fellow journalists at CCSU and to be helping such an amazing organization. Senator Richard Blumenthal and former Red Sox manager Bobby Valentine were the referees. Blumenthal’s successor at the Attorney General’s office, George Jepsen, also played. WTIC’s Beau Berman turned out to be the ringer for the White Team and Nelson Bayron and Josh Reese of Camp Courant were ours.

As for my performance? Horrible. I seem to lack basic coordination skills that are all too essential in playing hoops. In fact, I’m not sure how I did it, but I wiped out on the court reaching for a ball and ended up with that mess below. That’s a knee, by the way. 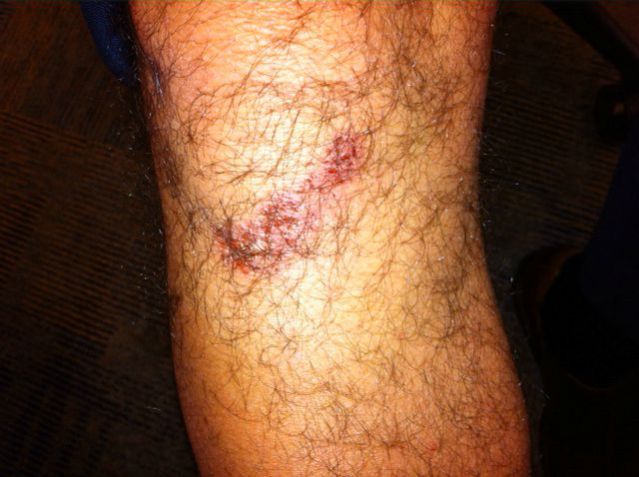 …and of course, Kara and the kids were watching!

In the end, we helped Interval House. You can help them too by attending a party they are throwing..and it’s my birthday party. Some of the guys who played on Saturday will be there along with some familiar faces at Channel 3: Kara, Denise, Hena and Scot to name a few, some folks from other media, politicos and more. Food, a special drink, music, some fun surprises and more. Here is the link to buy tickets: http://www.eventbrite.com/e/dennis-house-is-50-tickets-10334311203?aff=efbevent 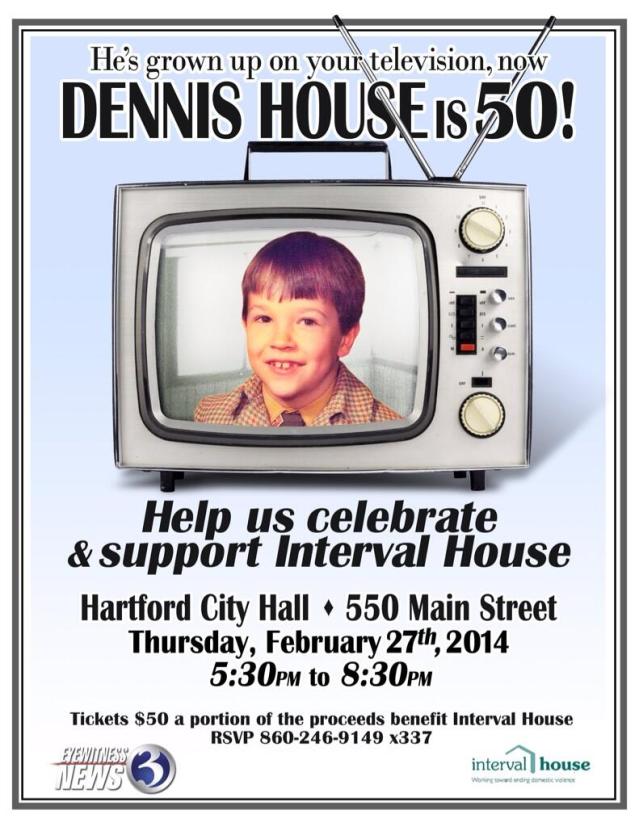 Here are some other pictures of the game courtesy photographer Prasad Menon: