A little over a year ago on Face the State Lt. Governor Nancy Wyman and State Senator Toni Boucher lamented the lack of women in state politics. Wyman told us the legislature was only 23% women, and Boucher told us about the difficulties some women can face in the political world. If this past Tuesday night is any indication, there are signs that things may be changing.

Voters in five Connecticut cities elected women to serve as mayor, and all are replacing men. This week on Face the State we are joined by one of those mayors-elect, Republican Erin Stewart of New Britain. We also have analysis from the State Representative Themis Klarides, co-chair of the state Republican party, and former State Senator Jonathan Harris, executive
director of the state Democratic party. 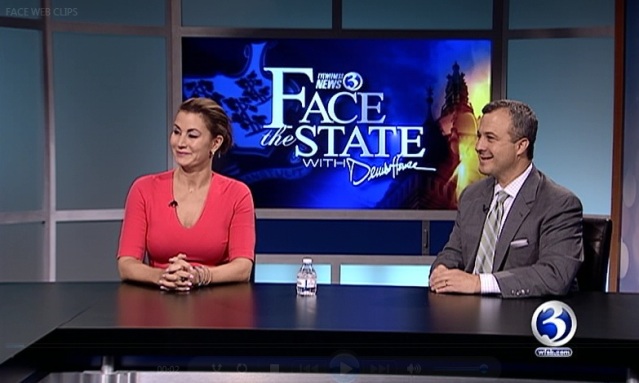 Klarides and Harris talked about the election results and what they mean for the future. In a state that elected the first mayor of a major American city (Hartford’s Ann Uccello in 1967,) and the first female governor elected in her own right (Ella Grasso in 1974,) it could help Hillary Clinton in our state if she decides to run for president, and it could help Senator Boucher, who is exploring a run for governor. Boucher would be the only woman in the race. Watch the segment with Klarides and Harris right here: http://www.wfsb.com/video?autoStart=true&topVideoCatNo=default&clipId=9506821

Stewart, 26, talked about her impressive win that made headlines across the state. She also filled us in on her plans for her hometown, the role her father will play in her administration, and her thoughts on Governor Malloy. Mayor-elect Stewart said the governor has been “wonderful” for New Britain, though she added she wouldn’t vote for him.

Whether Stewart meant what she said, or if it came out during a case of nervous jitters, you can decide right now by watching the segment that aired Sunday morning at 11AM on Face the State only on WFSB Channel 3. Watch: http://www.wfsb.com/video?autoStart=true&topVideoCatNo=default&clipId