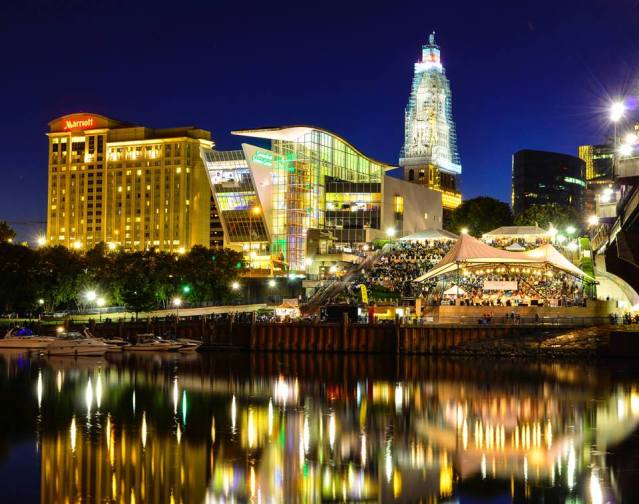 When I first moved to my city of Hartford 21 years ago I was told by a wise person that the capital city had two speeds: slow and stop. “Progress comes at a glacial pace.” That was part of our discussion this Sunday on Face the State.

In the link you can watch below, we were joined by two energetic development gurus, who are hard at work trying to make Hartford a better place. Thomas Deller is the city’s development director, brought in from the renaissance city of Providence to work his magic here. Francisco Gomes is a Hartford native, working as a city planner with the firm of Fitzgerald and Halliday, and his hometown is one of his clients.

The pair talked about the projects underway in the city right now, and ones on the books. Anyone who doubts our capital city is on the upswing will be pleased to hear about the exciting new ideas in the pipeline, everything from a new UConn campus to more bike paths. I asked Deller and Gomes about why things take so long to get done in Hartford compared to other places. Both explained the problem, and talked about how the way of doing business that only a tortoise would love is changing. On Sunday, you’ll hear the vision for the city, and a prediction of what Hartford will look like in 2018.

Those who wonder why some of Hartford’s thoroughfares can’t look as good as the suburban sides of the same street will be delighted to learn that plans are in the works to make the streets blend. Look for a refurbished Farmington Avenue in Hartford’s West End next year on the lines of what is being done in West Hartford right now.

I bring up the “slow and stop” comment not to poke my fun at my town, but rather to encourage it to move a little faster. For example, the Adriaen’s Landing development was proposed in the late 1990s before Evergreen Walk in South Windsor and Blue Back Square in West Hartford, yet the Landing still isn’t completed. The final phase will begin this fall.

Other prime parcels of land in the downtown area remain undeveloped, decades after they were cleared of livable structures. It’s stunning to think about, but on Monday, we will mark 23 years since Hartford lost a landmark hotel that had hosted presidents and celebrities. The Parkview Hilton, formerly known as the Statler Hilton , was a classic example of 1950s architecture. The picture above shows the hotel in its glory before it was given a tacky facelift in 1981. It was demolished on October 28, 1990. You can watch the video of the implosion right here: http://www.wfsb.com/global/category.asp?c=208507&autoStart=true&topVideoCatNo=default&clipId=9454205

A World Trade Center for Connecticut was proposed for the site, along with a new world headquarters for United Technologies, but the projects never took off. The Hilton lot, with the views and proximity to the park, attractions, highways and train station was considered so desirable, it was called the “Mona Lisa of the Hartford real estate world,” by the New York Times. In all likelihood that property will remain a vacant lot and eyesore on the city scene when we mark the 25th anniversary of the Statler’s demise.

You can watch the entire segment that aired Sunday at 11AM on Face the State on WFSB Channel 3 right here: http://www.wfsb.com/video?autoStart=true&topVideoCatNo=default&clipId=9461297

Also check out these very cool images of what Hartford was supposed to look like: http://dennishouse.wordpress.com/2012/01/24/what-hartford-might-have-bee/

Read about my parking peeve: http://dennishouse.wordpress.com/2010/12/09/mindboggling-parking-policies-hurting-hartford/

Here is a preview of Sunday’s Face the State flashback: http://dennishouse.wordpress.com/2013/10/24/campaign-1968-hhh-in-hartford/

Top picture courtesy of Andy Hart of the Hartford News