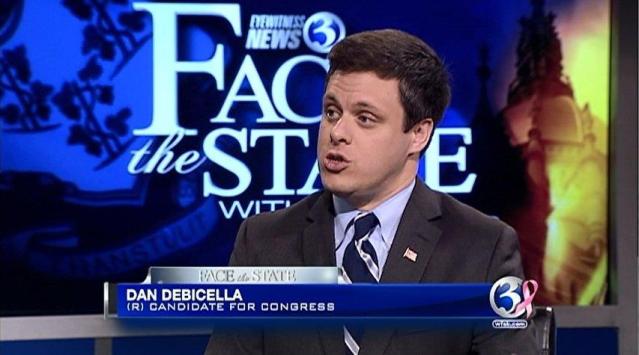 As members of congress remain in a shutdown Washington, the campaign for 2014 is already underway back in Connecticut. Former State Senator Dan DeBicella, who lost to Jim Himes in the 4th district race in 2012, is back again seeking a rematch.

The Republican is our guest this Sunday on Face the State, and during the taping DeBicella laid out his campaign strategy, which has been tweaked from the last time. I asked him what he would do about the shutdown if he were in congress right now. This new father told me Republicans should drop their demands that Obamacare funding be cut, and get the government back open. He stressed while he is against Obamacare, calling it disastrous for the nation, the shutdown negotiations are not the time for the discussion.

You can watch the entire interview this Sunday at 11 on Face the State on WFSB Channel 3.