This is the 45th anniversary of one of the most tumultuous years in American history. 1968 saw the peak of the Vietnam War, the assassinations of Martin Luther King and Robert Kennedy, urban riots and a chaotic presidential campaign.

By the summer of ’68, the Democratic party was in disarray. An unpopular President Lyndon Johnson was not running for re-election, and there was no clear favorite going into the convention. Outside the convention an estimated ten thousand protestors had gathered, and on the orders of Mayor Richard Daley, they were met by twice as many National Guard troops.

The situation escalated, and police clashed with protestors, using tear gas and mace. Demonstrators hurled rocks at police and all of it happened in front of the television cameras. 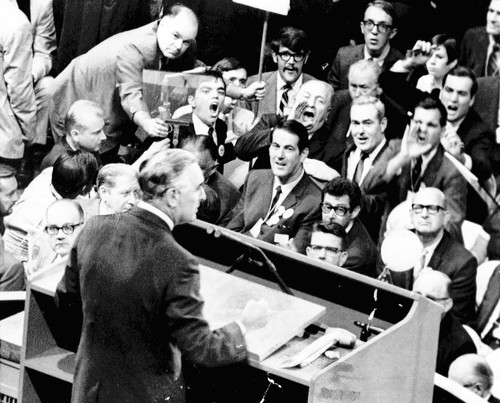 Fans of “Mad Men” know the Chicago police riots were an integral part of this Sunday’s show. Some of the characters were deeply conflicted about the events unfolding on television.

This Sunday on Face the State, we will bring you some of the riot scenes used in the Mad Men episode and some vintage film of Connecticut Senator Abe Ribicoff, addressing the convention. Ribicoff made headlines for taking on the powerful Mayor Daley. Daley was seen on television yelling at Ribicoff and according to reporters that night, Daley dropped the F bomb in his tirade against Ribicoff.

You can watch the entire flashback, right here: http://www.wfsb.com/video?autoStart=true&topVideoCatNo=default&clipId=8974880