It is a sad day here at WFSB as we mourn the passing of a member of the Channel 3 family. Brian Garnett, who was a mainstay on Eyewitness News for more than two decades (1980-2001,) passed away yesterday after a battle with pancreatic cancer.

Brian’s beat was crime and courts, although he covered everything from blizzards to politics during his career. When I first started at Channel 3, I often relieved Brian on stories when I came in for the Nightbeat. Brian would brief me on what he’d done during the day, and I was endlessly amazed at the information he had gathered and how he would effortlessly pass it on to me. He was the consummate team player, always telling me to “call me if you need anything,” although as a rookie reporter at the Big 3, I rarely did that.

You see, Brian could be somewhat gruff and I found him a bit intimidating. He was a dogged journalist who didn’t take any crap. He was aggressive in the field, but also knew how to finesse sources. Brian was also a great story teller.

Brian honed his craft long before the internet, cell phones and cameras in the courtroom. When he couldn’t show you what was happening, he told you, and you couldn’t help but picture the scene. “Shackled and shoeless,” still sticks in my mind. That was Brian’s description of a criminal going before a judge. That is journalism. I wondered what Brian must have thought of today’s reporters tweeting blurry pictures of a siren and calling it breaking news. 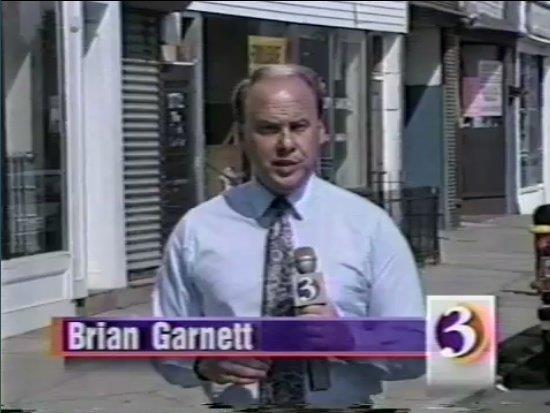 There was a soft side to Brian. He would do anything for his family and friends. In 1995, Brian called me in Los Angeles where I was covering the O.J. Simpson trial. “Dennis, I’m embarrassed to ask you to do this, but my wife wants one of those Free OJ t-shirts being sold by the lunatics behind your live shot.” That was Brian.

I learned a great deal from watching Brian and always respected him and his work. My thoughts are with his family and friends tonight.

Another Channel 3 colleague no longer with us: http://dennishouse.wordpress.com/2011/10/10/former-wfsb-weatherman-charlie-bagley-dead-at-82/