A View of the Volt 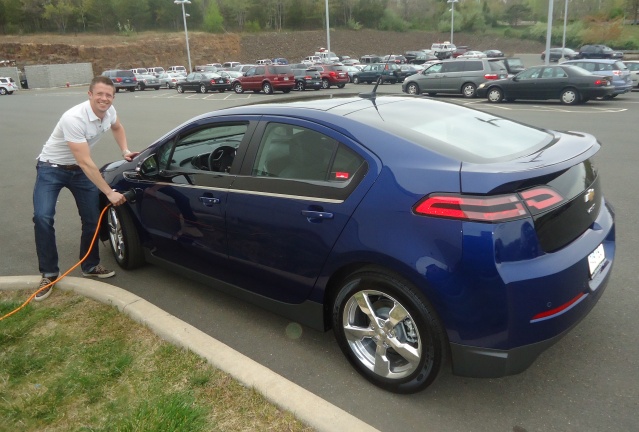 There is a now a Chevy Volt in the WFSB parking lot.    Channel 3 meteorologist just traded in his gas guzzling Japanese SUV for an American miser that runs on electric power with gas as a backup.

The Volt was getting quite a bit of attention outside our studios as Mark plugged it in to charge.     It’s really a good looking car, unlike the Toyota Prius, whose awkward appearance resembles a household cleaning appliance.   And it is made by American workers at Detroit’s  Hamtramck plant, unlike the appliance, made overseas in Japan.

Mark’s  topaz blue metallic Volt is somewhat rare.     According to General Motors communications manager David Darovitz,  only 6.7% of Volts sold so far are that color.

It’s National Connecticut Day! What is your favorite thing about our great state? Here’s my top ten list: