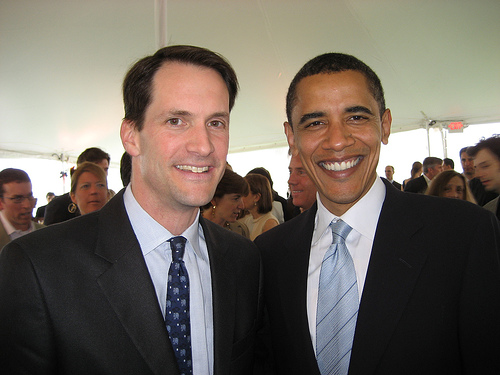 Buried in last week’s Quinnipiac University poll were President Obama’s approval ratings in Connecticut.  They have been in a steady decline for the past year, from 71 % in April 2009 to 50 % this month.       It was 55 %  in January.  Should the trend continue, the President’s approval ratings will undoubtedly be in the 40s come the November election, hardly good news for Democrats trying to get re-elected.   The sub- 50%  area is a murky danger zone no politician wants to be in.

According to QU polling guru Doug Schwartz , the poll also looked at the President’s approval ratings in each congressional district.    They are only above 50 % in two districts, the 1st and the 3rd, held by John Larson and Rosa DeLauro.

The real concern is the 2nd, where  Joe Courtney was swept into office after he successfully linked Rob Simmons to an unpopular President Bush.   President Obama’s approval rating in the 2nd is only 46%.     Will the Republicans try to link Courtney to an increasingly unpopular President?  You can bet on it.

The President has also dipped below the 50% mark in the 4th and 5th congressional districts, held by Jim Himes and Chris Murphy.      Himes seems well aware of the President’s 48% approval rating in his district, and has already begun to distance himself from the White House and the Democratic leadership.

Not so for Murphy, who is known to have a close working relationship with House Speaker Nancy Pelosi, leader of a congress with abysmal approval ratings.     The QU poll found the President’s  approval ratings in Murphy’s district at 49%. 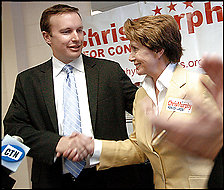 Something tells me we may not be seeing President Obama campaigning here in the fall, but we’ll certainly be seeing him in Republican television ads.