McMahon & Murphy to Debate for First Time this Morning 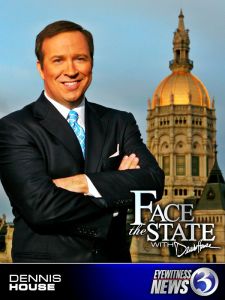 With a new Quinnipiac University poll showing the U.S. senate race neck and neck, all eyes are focused on one of the most anticipated events of the fall campaign: the first Murphy McMahon senate debate, set for this morning at 11 AM.    Republican Linda McMahon and Democrat Chris Murphy will be facing off for the first time in their quest to replace retiring Senator Joe Lieberman. 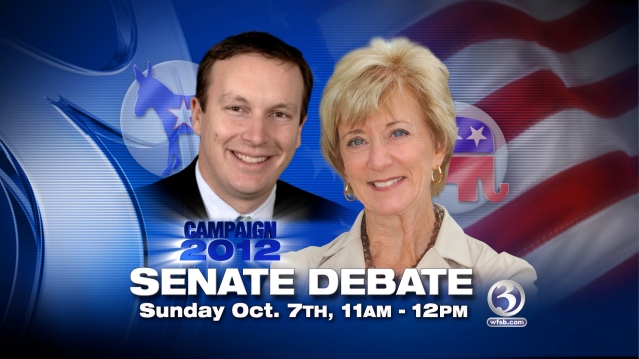 The Channel 3 Eyewitness News senate debate will be held at 11AM in our Face the State studio.     I will be serving as moderator, and here are our three panelists.

The hour-long, commercial-free debate will be broadcast live on WFSB, and will be streamed live on www.wfsb.com and simulcast on WTIC AM 1080 and WLIS radio.    The debate is attracting national attention.  C-Span will also carry the debate live., and CNN and CBS will be taking the feed.     It will also be aired later by CT-N.   According to WFSB assignment manager and Face the State producer Chris Collibee, there has  a huge interest from media looking to cover this historic event.

Kudos to McMahon and Murphy for agreeing to this debate, and the three others that will follow.   Debates are job interviews, if you will, and it gives voters the chance to see the candidates talk about the issues.   Connecticut voters are fortunate in this regard; in California,  incumbent Senator Dianne Feinstein is refusing to debate her opponent.   Watch her refusal here: http://blog.sfgate.com/nov05election/2012/09/25/feinstein-shuts-door-to-debating-her-gop-opponent-i-havent-seen-see-the-point-video/

Channel 3 has a rich history of hosting debates.  Here is a look at our very first senate debate, back in 1958!

Always enjoy a visit to New Britain to chat with Mayor Erin Stewart, whom I’ve interviewed many times over the past ten years since she was first elected in 2013. Join us Sunday morning at 10 on This Week in Connecticut on WTNH as she shares how she decided to run for sixth term, juggling motherhood and politics, why her party can’t win the big races and her future. #newbritain @ctgop @erinstewartct #connecticut #wtnh