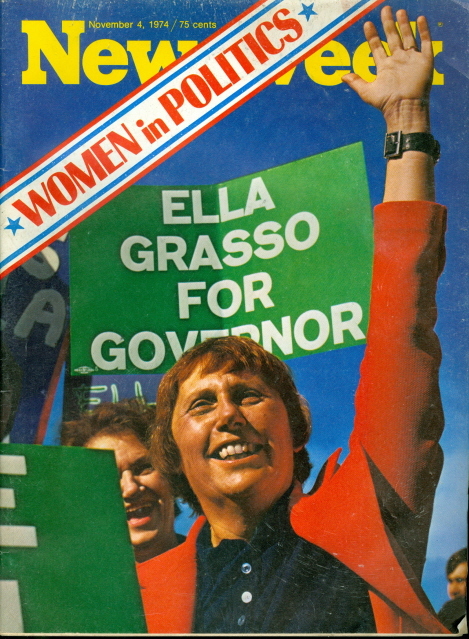 Connecticut has a reputation as being a groundbreaking state for women. Ella Grasso is in the history books as the first woman elected governor of a state in her own right, meaning she didn’t succeed her husband. Thirty years later, Jodi Rell was one of the most popular governors in the country, at a time when only a few women were running states. Denise Nappier made national headlines in 1998, becoming one of the few black women in history elected to a state constitutional office.

A look at the numbers shows women have made inroads into a male dominated field, but they still lag behind men, particularly Republican women in Connecticut. In the past 50 years, there have been 77 statewide elections. We’re talking gubernatorial races and U.S. senate races, and the elections for Attorney General, Comptroller, Secretary of the State and Treasurer. We did not include Lieutenant Governor, because that position is shared on the ballot with Governor. Democratic men have won the majority (54.5%) of the races, but Republican women have won only two statewide races since 1964.

Winners of statewide elections since 1964: 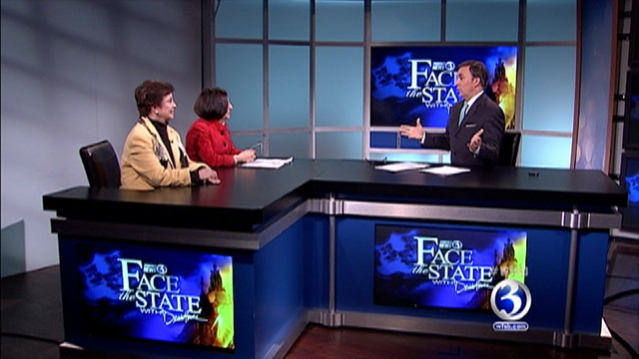 State Senator Toni Boucher of Wilton is the highest ranking Republican woman in the state, serving as Chief Deputy Minority Leader. Her name was talked about as a candidate for lieutenant governor in 2010, but it never materialized. This year, Boucher has been overshadowed by her boss, State Senator John McKinney, who is expected to announce his candidacy for governor later in the spring.

During our taping set to air Sunday, I asked Boucher if she wants to run for governor. She wouldn’t rule it out, and responded “we’ll see.” My hunch is, if McKinney decides not to run, there’ll be some pressure on Boucher to jump into the field, which will likely include 2010 nominee Tom Foley, House Minority Leader Larry Cafero, and Danbury Mayor Mark Boughton, the 2010 GOP nominee for LG. 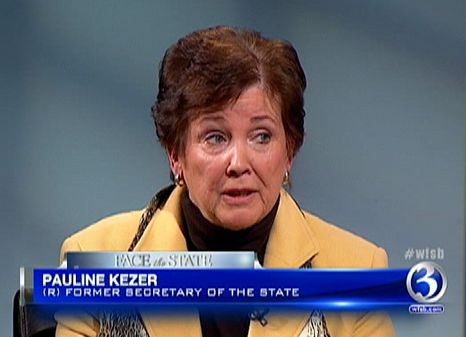 Also with us this weekend, was former Secretary of the State Pauline Kezer, who is a bright spot in the state GOP’s history of electing women. After being elected SOTS in 1990, she ran unsuccessfully for governor in 1994. By the way, Kezer was the last non-incumbent woman to run for governor in our state. Jodi Rell ran in 2006, after succeeding John Rowland in 2004.

Kezer talking with Duby McDowell in January 1994 on the set of CT-94; what Face the State was called during the annual name change craze of the 90s

Our conversation with Boucher and Kezer was lively and informative, and they disagreed on a few things. But both agreed that women should be more involved in the 2014 campaign. Kezer also called on the GOP to let independents vote in the primary next year as a way to recruit more Republican voters.

In case you’re wondering, Kezer said she is retired from politics. “If I were only 10 years younger,” she told me. She is not old by any means. Kezer, now 71, is younger than Nancy Pelosi, Dianne Feinstein, and only a little older than Rosa DeLauro, who turns 70 this month. Also, if Hillary Clinton is elected president in 2016, she’ll turn 70 her first year in office.

You can watch the entire interview that aired Sunday morning at 11 on Face the State, only on WFSB Channel 3 right here: http://www.wfsb.com/video?autoStart=true&topVideoCatNo=default&clipId=8532199

Also, take a fun poll on which Republican woman you’d like to see run for governor in 2014. In this day and age of Al Franken, Arnold Schwarzeneggar, Ashley Judd and other celebrities turned politicians, I’ve included some Connecticut natives who would definitely turn a race in the land of the steady habits into a political season full of fireworks.