Across Connecticut, people have been responding to the grand jury decisions Ferguson, Missouri and Staten Island, New York.  Peaceful protests have popped up in Hartford, New Haven and in small towns like New Canaan.   This Sunday on Face the State we discussed the aftermath of these cases with three leaders in the state’s black community:  Connecticut NAACP president Scot X. Esdaile, former television reporter Lew Brown, and Hartford city council member Kyle Anderson.

Esdaile met with the family of Eric Garner in New York, and said his “stomach turned” and he was “deeply upset” at the decision and the way the justice system has gone.   the relationship between the black community and police in Connecticut.  Esdaile said there is “in the urban areas of Connecticut there is a huge distrust between law enforcement and young people in our state.”

Brown, a long time police beat reporter with WVIT-TV, certainly has his finger on the pulse of many people who live in Hartford’s predominantly black north end, and knows many police officers as well.  “Many members of my Hartford family, including members of Hartford police are hurting,” (after Ferguson,)  Brown said as he called for structural changes in the way things are done in the cities.  Anderson agreed, and said people are frustrated by the decisions in Ferguson and Staten Island. 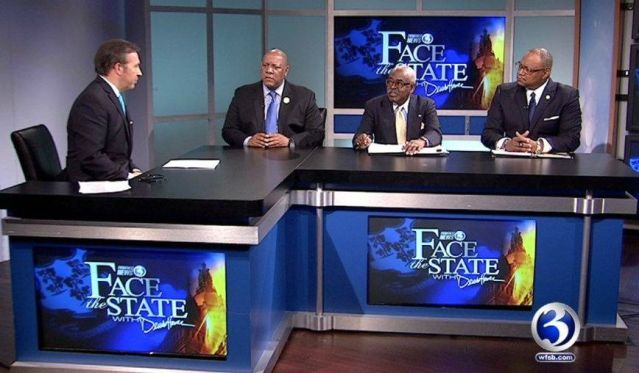 Brown,  added that “race matters in this society, let’s stop pretending it doesn’t.”

❄️bring it on! Super excited for these snow flurries falling right now. I’m a little late to the game but after years of hiring people and shoveling I finally bought my first ever snowblower. ☃️. Manifesting at least a foot of snow lol.