It was the 9/11 of my parents’ generation. On the Friday before Thanksgiving 1963, the nation was stunned by the assassination of President John F. Kennedy. The pain was felt deeply here in Connecticut, where Kennedy came of age, came to campaign, and came as leader of the free world. 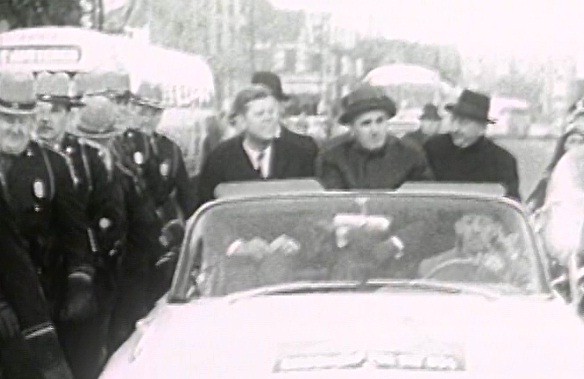 On tSunday’s Face the State, we looked back at Kennedy’s time here in our state. We found some old films of his visits, and we took you to Choate Rosemary Hall in Wallingford, where Kennedy went to school. It was the Choate School then, and we got a great history lesson from school archivist Judy Donald, and from two teachers and an alumnus.

We also talked with former Congresswoman Barbara Kennelly, who considered JFK practically part of her family. He was the speaker at her graduation from Trinity College, was a frequent visitor to her house, and met with her a month before he died.

In the links below you’ll also hear from Senator Richard Blumenthal, Congresswoman Rosa DeLauro, and Congressman John Larson, who were teenagers and young adults when Kennedy was assassinated. It is clear from their interviews that November 22, 1963 changed their lives forever.

In addition, we heard from the president’s nephew, Ted Kennedy, Junior, who talked about the legacy his famous uncle left behind.